Spotlight: Remember This by Kenya Carlton 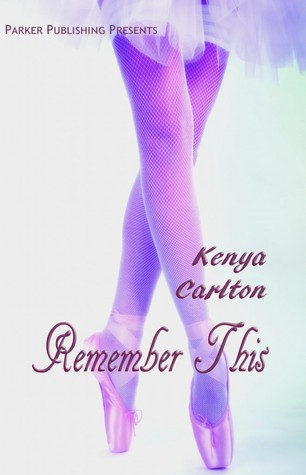 Remember This Blurb:
Ex-ballerina turned rehab designer Cece Newman competes in a reality show that could give her fledgling company the boost that it needs. Assigned a relic of a house in a renovation challenge, Cece soon becomes suspicious of the producer’s intentions.  When she finds the house is one of many properties her ex-fiancé and baby daddy Brock Thorn owns, Cece is convinced that she is being set up for failure.  Ready to drop the project and what’s left of her career, Cece has to find a way to ignore the handsome athlete while she navigates around his kooky family.  Cece must also convince their daughter that mommy and daddy won’t be getting back together again, a job easier said than done—especially when the attraction between the two is hotter than ever.


The biggest hit Brock Thorn took on or off the field occurred when Cece Newman left him at the altar. Five years later, Brock is more determined than ever to get answers from his baby’s momma. Even in regards to joint custody of their daughter, Brock’s only form of contact with Cece is through her loving, protective sister Lily. Brock packs up his high profile life and digs his heels in at the crappy house he’s inherited—the very one Cece is set to renovate.  As he dodges cameras and uninvited family members, Brock must get to the bottom of his failed romance with Cece—especially if he has any chance of getting back the life that was lost when Cece left.