Hi Guys,
Today (a little later than usual, I know), I'm proud to present this weeks Author Take Over; Dama Blythe!!! Please give her a warm welcome, and make sure to stop by her pages to give them some love afterwards. If you want to know my thoughts on Immortal Eyes - look at the previous post :-)
So, without delaying anymore... I'm handing over my blog to Dama: 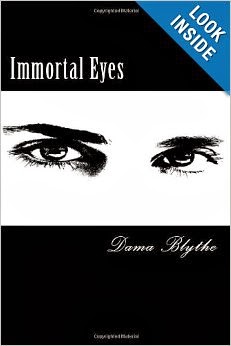 Guest post from author Dama Blythe:
“Immortal Eyes” brings together some of my favorite things: the mysterious and magical, the Appalachian Mountains, and the written word.
I was born and raised in the Appalachian Mountains of Southwestern Virginia. There is one thing you learn early here in these mountains:  the magical and the mysterious exist all around you. Growing up in the embrace of some of the oldest mountains in the world, and encircled by the third oldest river in the world (the New River), you become aware of the energy that exudes from the Earth itself. You cannot help but to be touched by the energies buried deep in the sediment here. 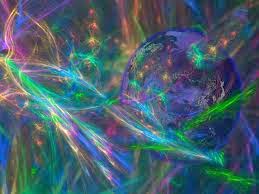 I remember walking through the mountains and forests when I was a child, and seeing the hidden shacks hidden back in the trees, nearly impossible to see – camouflaged, almost having become a part of the mountain itself. I dreamed of who might live in those humble homes, spirited off away from any contact with the world. Granny women, who stop blood with the magic of a Bible verse or cure the croup with a concoction of roots and bark. Spirits that roam throughout the mountains, and inhabit old farmhouses. Noises in the night that have no explanation. That was the backdrop to my childhood.
Growing up, I never discounted these things. I never went through that awkward period between childhood stories and adult explanations. Even now, in my middle age, I refuse to listen to reason, choosing instead to hear the magic calling from the trees. 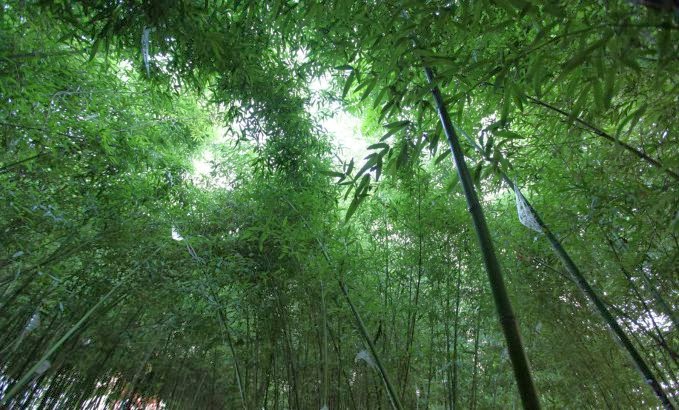 Writing offers a place to capture the stories whispered in the depths of the hollows here. If you’ve ever studied the mystical arts (or even studied the cultures that practice them) then you know that the word is powerful. The most exquisite detail can be shared with perfect precision. Stories are a part of our deep subconscious need to connect with our past, put our dreams into words, and understand the world around us.
Now that “Immortal Eyes” is published, I have begun working on the next book in the series, which will explore more of the mysteries and magic of the Appalachian Mountains. I hope you will join me for more exciting journeys.
For those of you who haven’t yet read “Immortal Eyes,” here are a few excerpts to introduce you to the characters telling the story. These are a few of my favorite lines from each of the voices in the novel.
Shalyn Trent: “It seemed to her that everyone in the bar could hear the racing of her heart or, at the very least, see the pounding artery at her pale throat. The man did not seem to notice her at all, which opened up a whole new paranoia. What if he was trying to disguise that he was watching Shalyn? She began to fear that the scream which was collecting itself in her throat would escape. Then this strange man looked her directly in the eye, and smiled. Shalyn began to run through the crowd, though to her it seemed she was not moving at all.”
Frank Vant: “He was sitting at his usual table, drinking his usual beer… He wondered for what must have been the millionth time, if it had all been for nothing. Beer now had a more pleasant taste but everything else had gone to hell… He felt so old and alone… As he absent-mindedly tucked a loose piece of his raven black hair back into the rubber band at the nape of his neck, his fingers brushed across the leather string there. For a moment he was overtaken by the urge to rip it off and let nature take its course…Then the door opened cautiously beside him and his heart stopped momentarily. The time had indeed come at last.
Eddie Jackson: “He lit a Marlboro from his freshly opened pack and leaned his six foot frame against the utility pole. He felt a little like James Dean and a whole lot like the Big Bad Wolf…He caught a glimpse of her through the pale curtains as she slipped into a gown… ‘Fe, Fi, Fo, Fum. Watch out little piggy, ‘cause here I come,’ he whispered to himself.
Raoul Francois de Valpres (the voice of the journal):  “She is somehow ethereal with some form of earthiness which keeps her from vaporizing into sheer light. I cannot place exactly where her beauty emanates from – her lustrous hair, exquisite features, the tiny-ness of her feet, tinkling of her laughter, huskiness of her whispers or perhaps it is simply the way her gaze touches me and leaves heat in its wake upon my skin…she twirled around the room on bare tiptoe to silent song until she collapsed, giggling in my arms… My arms have never felt as empty as they have since she pirouetted away.”
Zendella D’Ouveau: “Zendella listened to the familiar creaking of the antique rocking chair mixed with the spring peepers’ song across the mountain… Somehow the rocker had aged with Zendella, acquiring the creaks and groans which comprise the personality and wisdom of each…Her heart skipped a beat in recognition of the fact that Old Mother Earth would claim her soon, unless everything happened on time…Her fragile shoulders shuddered at the thought. But there were some things not etched in stone, instead they simply dangled from the tiny web that destiny spins…and eventually destroys.”
You can find Dama here:
Goodreads ~ Facebook
You can buy Immortal Eyes here:
amazon ~ Createspace
Posted by Unknown at 8:00 AM