Izybel is hell bent on destruction of humans. So much, she has forgotten she used to be one. See, Izybel is a hybrid. Chosen by Ashur to have a demon put in her, she has a mission, a vital part in releasing hell upon Earth and destroy humankind as we know it today.

All that is missing is the Archangel Raphael. Only he isn’t the archangel anymore. He has been reincarnated as a young painter. Izzy’s job is to reawake the angel, but to bond herself to him so he won’t cause problems.

But when things take a different turn, Izybel is forced to take her old rage, hatred and her loyalty to revision. The angel that loves her, or the demon that saved her?
Catherine has created a very unique story that is more than a love story, more than a fight between the good and bad. It’s also about finding yourself and staying true to that. To do the right thing even if it will cost you more than you thought it would. This is what I love about Catherine’s stories. They’re complex, they explore the gray areas, pull out what others would hide, and is done with a flourish and beauty.

Voices of hell was an amazing read, and I found myself getting lost into the world that Catherine has created, digging deeper into it, feeling myself getting utterly lost. And I loved every step. To see Izybel’s fight against Ashur, against herself, then fighting her demon and ultimately… well, that you’ll find out in the end.

Ashur is one special piece of demon. I can’t decide if I like his spunk, or hate his guts for what he did and is doing toward Izzy. He’s brutal, and he revels in it.

There’s a special one that truly stands out, and that is Giovanni. He’s an old gang boss and one of the few that always been nice towards Izzy. He’s a good soul, a wonderful man, and I really liked him.
All in all, Voices of hell is a great story, despite a few misshaps with wrong names. It was an amazing world that Catherine has created and I hope to see more of it. 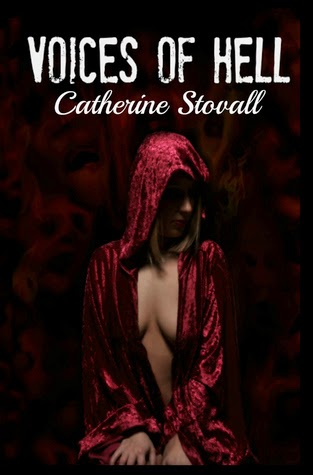 Filled with hate for a humanity that turned its back on her, Iyzebel has accepted her fate as a demon convert with relish. On the verge of orchestrating a human culling that will wipe out most of humanity with her creator, the greater demon Ashur, Izzy is impatient to see the humans suffer for their sins.
Rafael, a young, hot, and tortured painter, happens to be the decedent of the Archangel by the same name and could quite possibly be the only one able to prevent the culling.
Trying to protect Rafael from a gang of demon and human mobsters led by the infamous Capone until she can destroy him herself, Izzy finds herself falling for the young man. Torn between the demon who saved her and the angel who loves her, she must choose revenge or a second chance.

You can buy Voices of Hell HERE 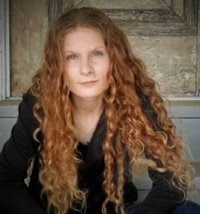 Stovall is a member of the International Thriller Writers & The Fictioneers. She also enjoys working with other independent authors to spread awareness and to build a better indie community.

Catherine is a fearless creature who surrounds herself with the joys of life both in and out of her fictional worlds. She lives in Southeast Missouri with her husband, three children, and pets. When not writing, she spends her time riding motorcycles, wearing elaborate hats, and genuinely enjoying the oddities in life.