Cake reminded me of a modern fairytale in a way. It had all the elements for it; the hero, the girl who might/might not need rescue, the villain, quests to overcome to find your true self, sassy characters, romance….

It was a good story with some really great things in it, and I enjoyed most of it. However there were some things that rubbed me, and to some this might be a bit spoilerish, but here goes.

I do like the interaction between Breena and Rune, but it grates a bit on me that she keeps feeling inadequate compared to him. Instead of keeping her head up, she tucks it down and tells herself he would never really like her, she isn’t pretty/good enough. It might just be me, but I would have loved to see her stand up more for herself, not just in the end. Yes, she does have guts for jumping into the adventure, but she isn’t really left with that many choices is she? Besides, Rune keeps showing her away, keeping her at an arms length, so maybe that’s why she seems so insecure.

Something else that bothers me is the show-down. You know the BIG throw down with the evil guy? The one that always has to be in a fairytale, where the good guys win after a mighty battle? Well…. I was a bit disappointed with that, to tell you the truth. It wasn’t an epic show down, it was… It felt incomplete to me. Breena doesn’t really fight Villen, not in the way I would have liked.

Looking away from that, Dina has created a wonderful magical realm, one I would like to explore more. There are dark places, horrific story and hope in the most unlikely places. I did like the ending though. It was different and well done.

All in all, a well written book with some minor things that bothered me, but then this is just my opinion. :-D 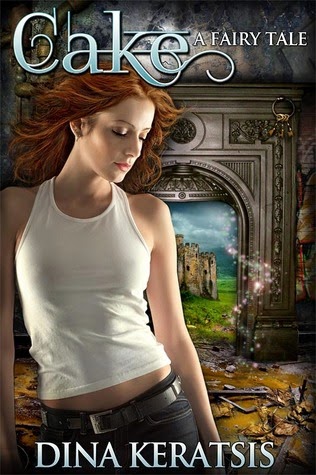 She has nothing left to lose... When Breena stumbles into the enchanted borderland of Cake, she is given the choice to return to her world or face the unknown. Unable to bear returning to her empty life, she embraces the challenge, much to the annoyance of the handsome, brooding Rune. He wants redemption... Long ago, Rune failed in his duty to guard the Queen Likely and vowed never again to let desire rule him. Then he meets Breena, the last Likely, and least likely, to succeed. Sworn to protect her from the killer who seeks to destroy Cake, Rune is forced to face his awakening desire for the one woman he can never have. Together, they embark on a magical journey to save Cake and while Rune abandons his heart, Breena discovers that she has everything to lose.

You can buy Cake: A Fairytale HERE 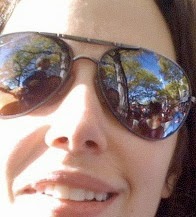 Dina Keratsis is an award-winning author of romance fiction in which all roads lead to illumination and magic is found in the mundane. A New England girl, she has a penchant for punk rock, Scottish tea rooms and a mad crush on Sirius Black. She lives in Massachusetts with her husband and two children.