Hello Lovelies!!
Welcome to my blog this wonderful Sunday, I hope your week have been amazing and wonderful. To close this week, I have Candace Knoebel coming by, let's see what we talked about:﻿

Sabina: Hi Candace, and welcome to my cozy and comfy blog. Sit down and relax.


Candace: Thank you for having me!


There might some who don’t know you. Mind telling us a little about yourself?


- I’m a stay-at-home mom who has a never-ending pile of laundry to fold and two children who keep me on my toes. I love to sing, dance, laugh, watch movies, jog...the norm. I’m very shy if I don’t know you, and way too outgoing if I do. I’m like the epitome of contradiction, even down to my socks. :)


Are there anything you have to have when you’re writing? Music, candy, coffee/tea? What is the biggest “disturber” when you write? 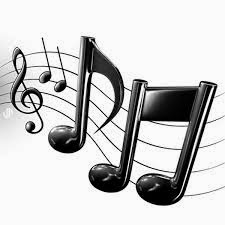 - I always have to have music. It calms, centers, and inspires me. And of course a computer. As far as a disturber, I would say the internet and the TV are big disturbers. I have to shut the TV off or I can’t think straight.


Congratulations with the release of Everlasting, your new book in a new series. Where did the inspiration to your Night Watchmen series come from?


- Thank you! It started when I was writing Embracing the Flames. It was just one of those things that came to me, although, the entire plot changed between then and now. I’ve always loved everything paranormal. I’ve dabbled in dragons, and wanted my next project to touch on something entirely different. What better way, than to write about Witches, Vampires, Werewolves, and Hunters? 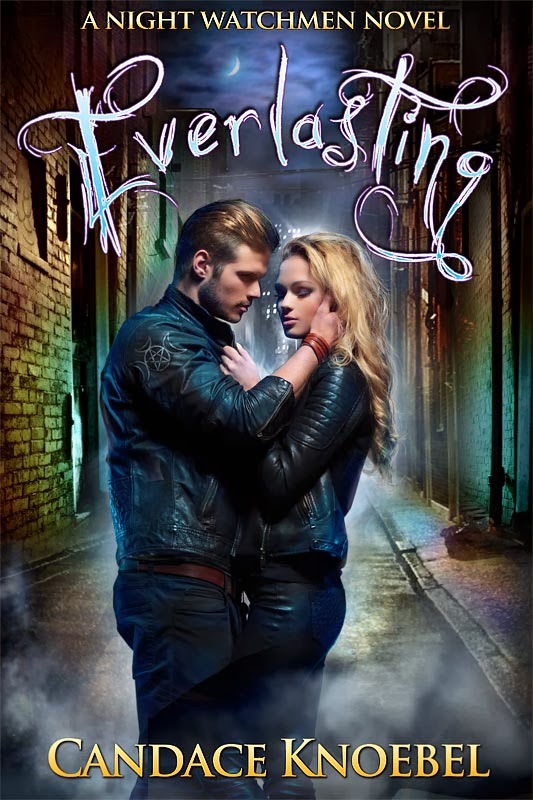 You have quite a bit of tension between some of the characters; Jezi, Jaxen and Faye. I can from personal experience say, I wanted to strangle Jaxen several times, and wanted to smack Jezi for being so rude even more times. In reality, Faye is caught in the middle. Here’s my question; was it rough to write Jezi? She is a good girl, but caught in a bad situation, one she doesn’t know how to get out of, or solve. She is a bit bitter.


- She was actually one of the easier ones to write. There is a lot more going on than was explained in this novel, mostly because it’s in first person, so there is only so much Faye knows. In the prequel novella which will be in Jaxen’s POV, you will have a clearer understanding of why Jezi and Jaxen both react to Faye the way they do. But in Jezi’s defense, it’s rough being stuck in an affinity bond with someone you want to bond with, but doesn’t want to bond with you. She has her reasons for being bitter, and those reasons will come into play in book two of the Night Watchmen Series.


How many books do you have planned in the Night Watchmen Series? Will the rest of the series concentrate primarily around Faye and Jaxen?


- I have five others planned out, but am shooting for seven at the least. We shall see. I plan only so much and let the characters drive the rest of the way. And yes, it will concentrate primarily on Jaxen and Faye. Their fates are intertwined heavily, and it all has to do with the Coven leaders and the underlying corruption within their government.


There are so much history behind Everlasting, some of it goes a long way back. Will we learn more about the background history of the Witch/Hunter cooperation, and the different characters?


- Yes, in book two which is untitled, Faye will be in Ethyreal City which holds all the secrets of the past. Quite a few unanswered questions left over in book one will come to light. The issues between the Divine, the issue of Mourdyn be awoken, and even the issues between some of the favorite characters like Gavin and Cassie, and Katie and Chett. There will also be a shocker thrown in the loop. 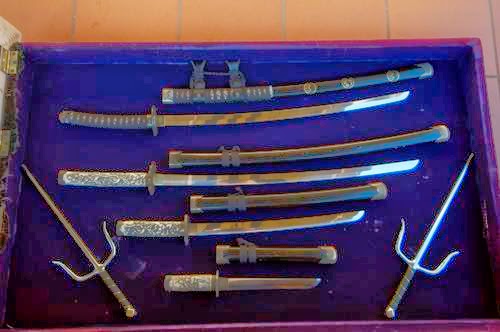 Close to the end of Everlasting, we see Mack has QUITE the collection of weapons – where did he get all those weapons from? Has he picked up each of them himself?


- Well, it’s standard for Hunters and Witches to have a plethora of weapons available since they’re required to hunt each night. Most do in their homes, but we didn’t get to see this with Faye being in the academy for the majority of the book. Mack has a knack for collecting things, and with his higher position in the Coven, he has a better chance of attaining unique weapons. It also benefits his shop which is wiccan-based. It’s a front set up for Hunters and Witches to shop when they need supplies.

You released the last book in your Born in Flames Trilogy last month; From the Embers. What did you as a writer/author take with you from the series? Anything you learned while writing the trilogy?

- I took away the faith in myself that I can complete a project of that magnitude. And also, that you can’t please everyone. Some people get it, and some don’t. My journey as a writer has strengthened with each and every book I’ve written, and I look forward to seeing where this project takes me.


When can we expect to see more from you?


- After this the Night Watchmen Series is established, I plan on writing a novel in Zane’s POV, continuing on the Born in Flames story. It will pick up where From the Embers  left off with an entirely new plot and problem.


I have a few quick questions for you, just answer the first thing that pops into your mind; 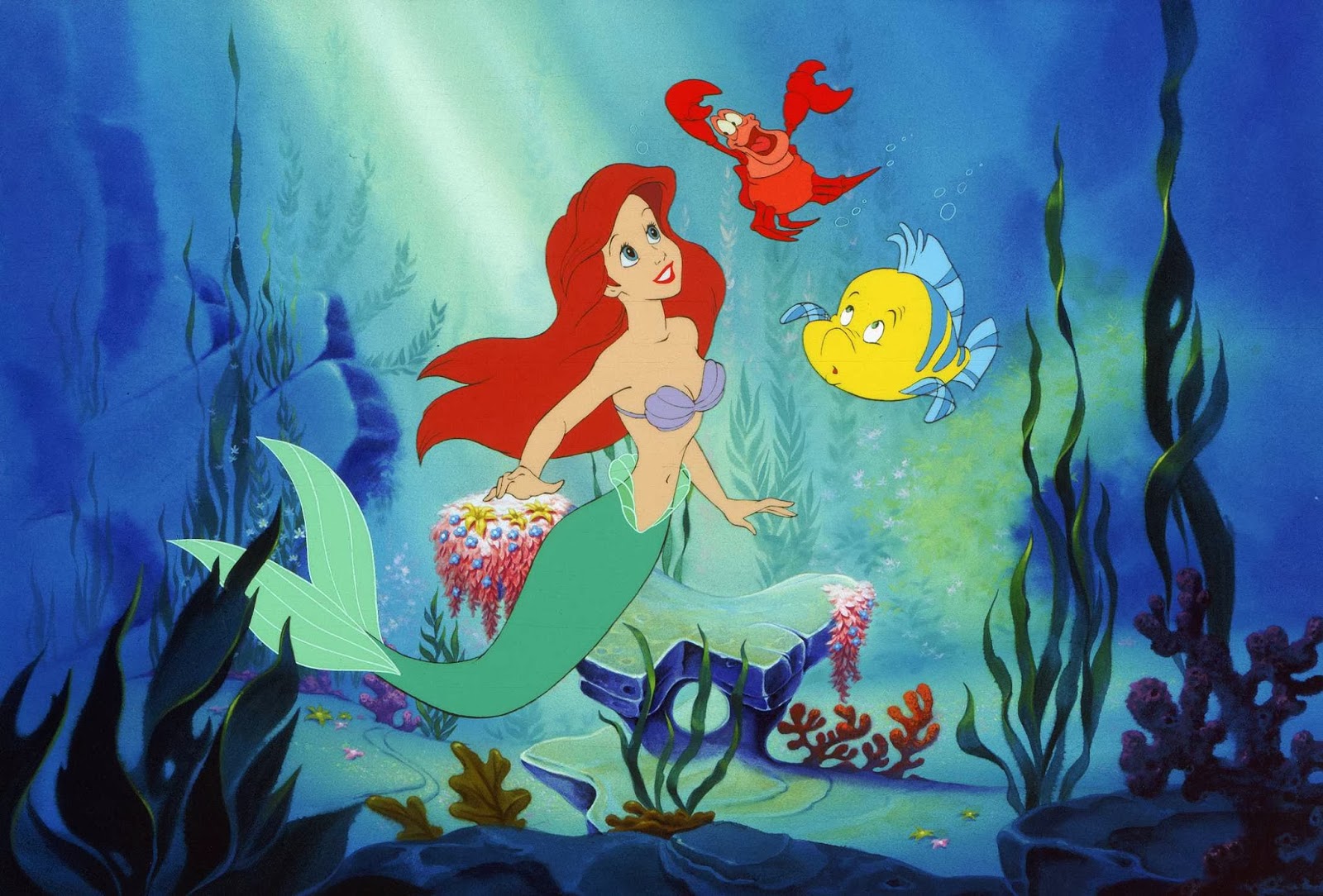 If you could be any magical creature, what would you be?


- Harry Potter and the Half-blood Prince.


Any TV shows you’re addicted to?


- Vampire Diaries, Game of Thrones, The Borgias, Masters of Sex, American Horror Story, American Idol, Bates Motel, The Following, Dexter (sad it’s over). I record a lot of them.


- I would have to say Jacob Black lol.


What are you currently reading?


- Like five books. I’m horrible. Latest is A Shade of Vampire by Bella Forrest.


- To finish the prequel to the Night Watchmen Series, and then jump back into book two. 
Published by 48fourteen in 2012, Born in Flames went on to win Turning the Pages Book of the Year award in February of 2013. Embracing the Flames, the second in the trilogy, is scheduled for release in the summer of 2013.


Candace Knoebel discovered through lunch breaks and late nights after putting her kids to bed, a world where she could escape the ever-pressing days of an eight to five Purgatory. Since then, she crawled out of Purgatory and has devoted her time to writing and sometimes heelying.