Set between book two, Pooka in My Pantry, and book three, Fairies in My Fireplace, "Hidden Holidays" tells of Zoey's first Christmas with her new family of monsters, myths, and urban legends. While everyone's favorite closet monster, Maurice, makes plans to decorate the house in the spirit of the season, an overwhelmed Zoey escapes to the beach where she discovers a young boy who needs her help. My Thoughts:
I LOVE R.L Naquin. Even if she broke my heart earlier this year with Fairies in My Fireplace. *grumbles*(Loved that book, btw.)
Hidden Holidays is a wonderful tale, filled with the magic of Christmas, the hope that comes with the holidays and full of laughter.
I loved going back in time to see Zoey’s first Christmas with all her monster family (some, the last), it warmed my heart and soul, not to mention it was wonderful to see them all again; Zoey, Maurice, Molly & her kids, a thief (hehehe), and of course Iris.
If you’re a fan of Rachel’s Monster Haven, then Hidden Holidays is a must read for you. Hope you enjoy, I know I did!

Donovan O’Connor has been in love with feisty redheaded Aislinn MacAuliffe since the first time he laid eyes on her— when they were both just practically children. Nonetheless, he told himself to forget about it, never imagining she would ever actually feel the same for him. Now she does and even more unbelievably, she is his! What can he do to prove himself worthy of her love?
To overcome his past, he has sworn to do everything right by her, including not robbing her of her virginity before they are wed. If he can do only one thing right in his life, he will do this. But Aislinn is making it harder on him by the day, forever enticing him as no suitable lady should. When they are caught in a heavy thunderstorm and must seek shelter— and shed their soaked clothes— will he be able to maintain his fortitude or will her provoking and his overwhelming desire for her get the better of him? 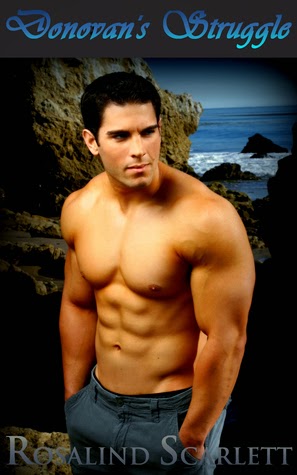 My Thoughts:
I had tried reading erotica before, but it never really worked for me. Right until the moment where Rosalind contacted me asking for a review of one of her short stories. I told her erotica normally wasn’t my thing, but I was willing to give it a try, her books did intrigue me when I read some reviews ect. The truth? I loved The Submission of Giuliana, and was pleasantly surprised. When reading erotica, to me, it is very important that there is a story. So, Rosalind opened up a new genre for me, for which I’m grateful.
I made the mistake of reading Donovan’s Struggle in school. *blushes* Don’t get me wrong, I like it very much, it was toe curling in a good way – school just isn’t the best place to read toe curling things. Especially if you’re prone to blushing easily. *I’m sure you get my point by now*
I was a little bit confused with the story line, but I’m sure it was only due to the fact I haven’t read the first book in her series; Cailìn. (third book just released) I did like the story in Donovan’s Struggle, and am looking forward to reading more in 2014. I am curious about Aislinn’s disappearance, want to know where she went, and how her story unfolds. I have Cailìn and Soeis on my kindle…. :-P
If you’re not sure whether erotica might be for you or not (and keep in mind, erotica is different for everyone, like everything else), I will definitely recommend Rosalind Scarlett!

Legends are unable to go very far if there are no survivors to carry the stories.
You’ve heard of mythology before, but not like this.
The Untold Myths series tells the side of mythology that no one has dared to tell before.
Sirens, the songs that lead sailors to their watery graves. Ships sink at the hands of the people that steer them. Once the song has left a sirens mouth you are doomed. You may know the story of the three original sirens, but did you know there were actually four? Nerissa is the forgotten siren. Her story has never been told, until now... 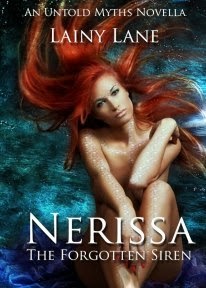 My Thoughts:
It has been some time since I’ve read it, but it still sits somewhat clearly in my mind. Most of the short story is good, but there are parts that kinda ruins it for me.
Nerissa is the daughter of Aphrodite and Poseidon, but not exactly a”love-child”. This has affected Nerissa trough her life, and it’s really sad. I liked how she found the one she loved, how she stood up for herself and their love, and the ending was ok.
Nerissa The Lost Siren was a decent story, but I felt the editing could’ve been done better. One thing is grammar (since, I’m not born into the English language, I’m bound to make mistakes, so I try not to get hung up on grammar), another if you start to change names.
So, all in all. Decent story, but lacking a bit in the story and editing.