Hi Guys!!
I have an amazing treat for you today!! I have a mini interview with the lovely Faith Marlow, and I got a chance to ask her a little about her book; Being Mrs. Dracula, and her publisher; Crushing Hearts Black Butterfly (which is my FAVORITE publisher btw).
Alright, let me tell you a little about the book first: 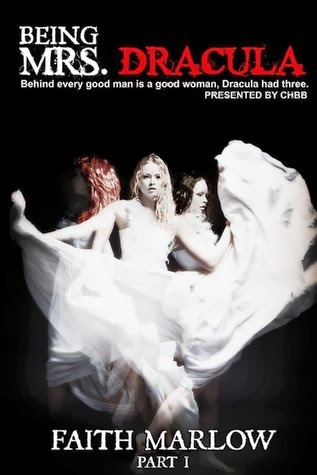 When Valeria’s hand was given in marriage to the handsome and powerful Count Vlad Dracula, she dreamed of happiness but instead her life was filled with longing for her absent husband, their country ravaged by war. When Vlad at last returned from the battlefield he was a changed man, an alluring and dangerous creature with a thirst for her blood…and for more wives.

For over one hundred years, tales of Count Dracula have haunted and seduced the imagination of readers worldwide. Now experience the story of Dracula from a new perspective, as told by the three women who knew him best. Discover their stories, their secrets, and find out what it would be to love and be loved by history’s most powerful vampire in Being Mrs. Dracula.

In a marriage that spans centuries, one man shared between three women, love may be eternal but happiness is not guaranteed.
You can buy Being Mrs. Dracula here

Sabina: Hi Faith, thank you for taking your time to answer a few quick questions about your new book Being Mrs. Dracula.


S: Why do you think we’re so fascinated by a person like Dracula?


Faith: I think we are drawn to characters like Dracula because they represent inhibition. They are not bound by the same rules as we are. They are powerful, brave, and charming- things we often wish we were. Dracula is immortal and that is very attractive to us mere humans.


S: How did you come up with writing the story from the wife’s point of view?


F: I have always thought the Brides of Dracula were interesting, always wanted to know who they were but the movies I watched never gave many details. When I read Dracula, I was shocked that they were not even given names. Later I discovered that the name of Vlad III’s (Vlad the Impaler) first wife had also been forgotten. I thought it was time for the spotlight to be on them. My main character is named Valeria, which means to be strong in Romanian. She was given that name in honor of Vlad III’s first wife. The events concerning her mortal death are also inspired by the death of Vlad III’s first wife.


S: Who was the hardest person to write in Being Mrs. Dracula? Why?


F: The hardest person to write was Fleur (The third bride) because she is such a mean spirited, spiteful person. She loves to tease Valeria and Ilona, is so prideful. A writer usually wants a reader to like their characters, but I wanted her to be very difficult to like. She has a few little redeeming qualities and evolves through the story a bit.


S: Was there something that surprised you when writing your book?


F: I think I was surprised how mean I could be to my characters, as in how much I was willing to make them endure. Authors get very attached to the characters they create, so causing them grief, or killing them, can be difficult. I had a little trouble writing the sex scenes, too. I had never attempted that before, least of all with supernatural beings.


S. Lastly, I would LOVE it if you would put 5 words on your book. What can the reader expect to read in the pages? 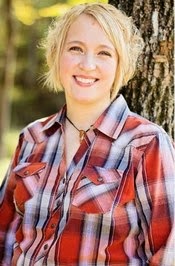 In the fifth grade, Faith Marlow discovered a fondness and talent for writing and has considered herself a storyteller ever since. In addition to writing, she is an avid reader, movie connoisseur, and a veritable repository for all manner of useless yet entertaining knowledge. Faith is proud member of the Crushing Hearts and Black Butterfly Publishing family. Her first novel, “Being Mrs. Dracula”, which chronicles the lives of Count Dracula’s three beautiful, yet very different wives is now available. The second book in the series “Being Dracula’s Widow” is set for release on April 5th, 2014.

Faith lives in Tennessee with her high school sweetheart/ husband, Scottie, their son Avery, and Moses the loyal family turtle.