Hi Guys, and welcome to this weeks Author Take Over! This week I have the pleasure of introducing Joe DiCicco. He has two new short stories out January 24, and today we're going to take a closer look at them both.
But first.... let me tell you a little about Joe:

Joe DiCicco grew up on horror. He developed a fascination for the dark, eerie and altogether strange at a young age. He began weaving his macabre tales in his childhood and has been writing them down as short stories ever since. He holds a degree in Natural Resources Conservation and is a passionate nature and animal lover. When not writing, he enjoys playing bass guitar, listening to music, cooking, hiking, bird watching, watching horror movies and reading horror and dark fantasy literature. He currently resides in upstate New York. 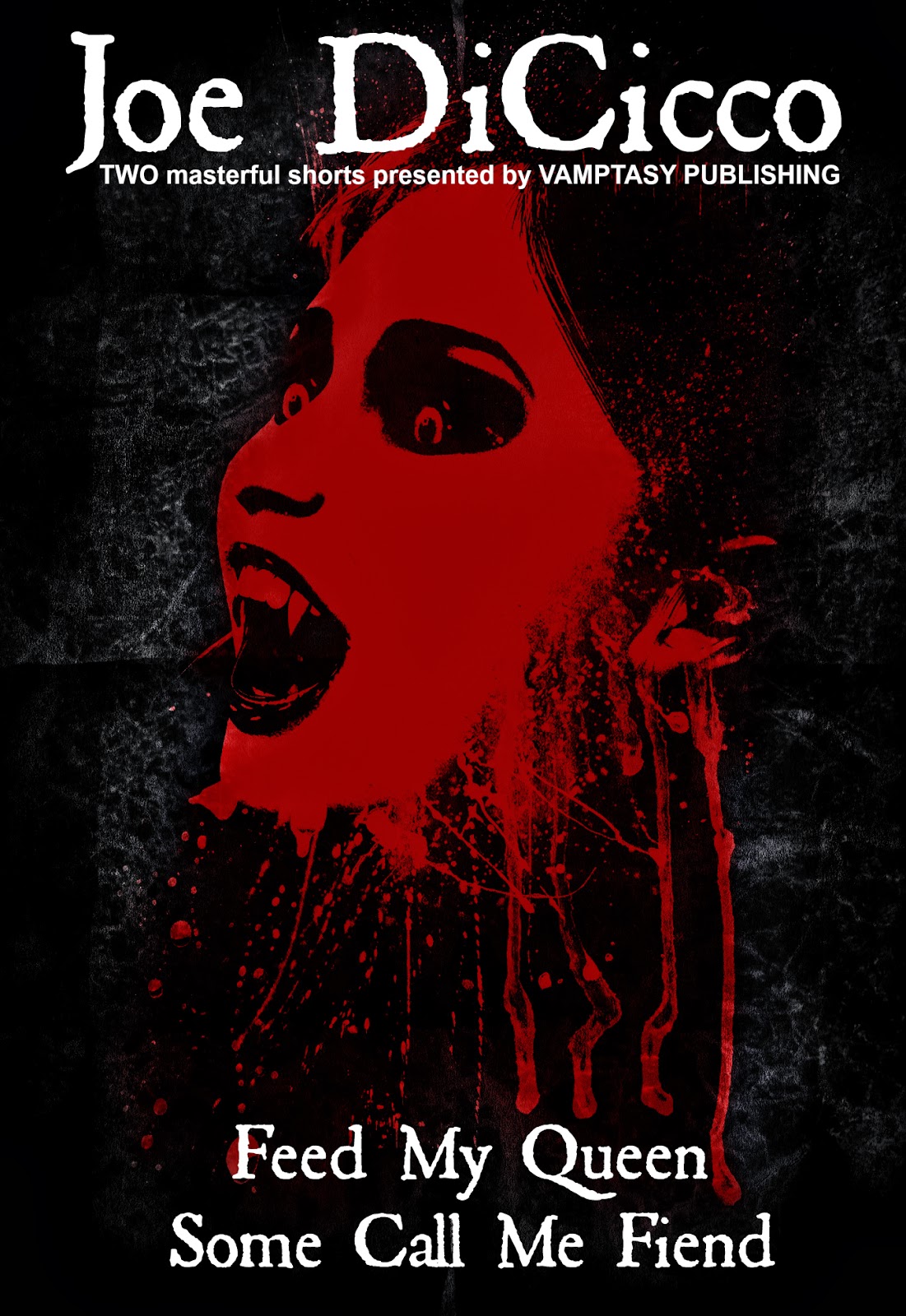 FEED MY QUEEN:
Feed My Queen deals with the young man Jason and his drunken night at the bar after a breakup with his girlfriend of four years. He finds himself in a bar fight, and while driving home on a dark country road, he hits something quite large which at first he thinks is a giant bat. He finds it to be a beautiful young woman, stark naked, but unharmed. As he soon finds out all too late, the young woman is something much, much more sinister.
SOME CALL ME FIEND:﻿
Some Call Me Fiend tells of teenage girl Kate, who enjoys late night walks through the peaceful cemetery. She has been taking these walks for years, however on this night she will find that a beautiful, deadly and deeply predatory creature has taken up residence in one of the ancient mausoleums. ﻿


Jason felt the blade press harder yet against his throat. A warm trickle ran down his neck.


"How about I just tear out your throat and leave you for dead?"


He pressed down harder on the gas pedal. "I'm sorry! I swear I didn't even see you!"


The young woman scoffed. "Where were you taking me? To dump me in the forest like so much garbage?"


"No! No I swear! I was taking you to the hospital"


He believed she really could do these things if she saw fit.


She inched her face closer, nose sniffing. "You reek of liquor. Do you always operate this machine in drunken haste?"


His voice began to quiver now. "No! No never, this is the first time, honest."


Her lip curled up in a cruel smile. "Inebriate fool."


Jason felt the tears welling up in his eyes once again. "...Are you the devil"
﻿
SOME CALL ME FIEND:
﻿


Slowly it came into the moonlight. Kate could not believe what she was seeing. A gorgeous young woman, not much older than herself, stood stark naked in the doorway of the old crypt. Her skin was so white it nearly glowed silver in the moonlight. Deep crimson hair like silk dropped past her breasts, which Kate could not help but notice were exceedingly full.


"Are you lost?" This bedazzling young woman was asking.


Kate was awestruck. "Who are you?"


"That depends on who you ask. Some call me fiend. Others call me demon. Still, others call me empress. Who are you?"


"Kate. Fitting name for a pretty little rabbit. You must be lost rabbit."


"Oh? So what is a pretty little bunny rabbit doing all alone out here at night?


"Walking...What are you doing out here?"


Kate could only stare in amazement.


"You should come in little rabbit."

Email ThisBlogThis!Share to TwitterShare to FacebookShare to Pinterest
Labels: Feed My Queen, Joe DiCicco, Some Call me Fiend, Vamptasy Publishing