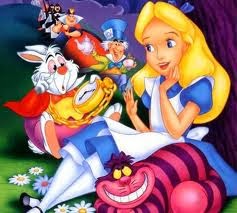 I love fairytales, especially the old ones. I loved reading them as a child, watching them turning into Disney movies, or just regular movies with real people. I love introducing these worlds to my children because there’s so much magic in them.
So when Sarah contacted me to see if I would be interested in reading and reviewing her new story; Death of the Mad Hatter, I grabbed it and ran.
To tell you the truth, I don’t think I stopped again.
In Death of the Mad Hatter, we jump a bit back and forth, but it is never confusing – Sarah is very good at remembering to tell us as a Reader where we are and who is doing the narration.
Alice Mae is Alice from Wonderland. The little girl who chased a white rabbit down a rabbit hole in her aunt’s garden.
Alice befriends M.H (a.k.a Mad Hatter) in Wonderland and becomes his apprentice. For a while, everything is alright… But this is Wonderland. It is a land where up is down, and down is up, where the wrong word can make you lose your head, where logic has no function, loyalty is two-faced and where you better start embracing your inner craziness, because sanity is of no use.


Things happen, Alice must make a horrible decision, which will haunt her for years to come. ( I would love to tell you more, but… it would be too spoilerish).
We jump to present day. Ryley is just a boy trying to survive school. He has a some-what normal life – although he and his mother moved a lot, his dad is in an asylum (shhh… secret), he plays baseball and he is trying to get a date with Courtney, the hottest girl on school. Everything is just dandy…. Right up to the point where Alice Mae comes barging into his life with her nonsense talk, weird clothes, stuffed rabbit and candy addiction. She turns his world upside down, drives him mad with anger and love, makes him more confused by her answers (or lack hereof). 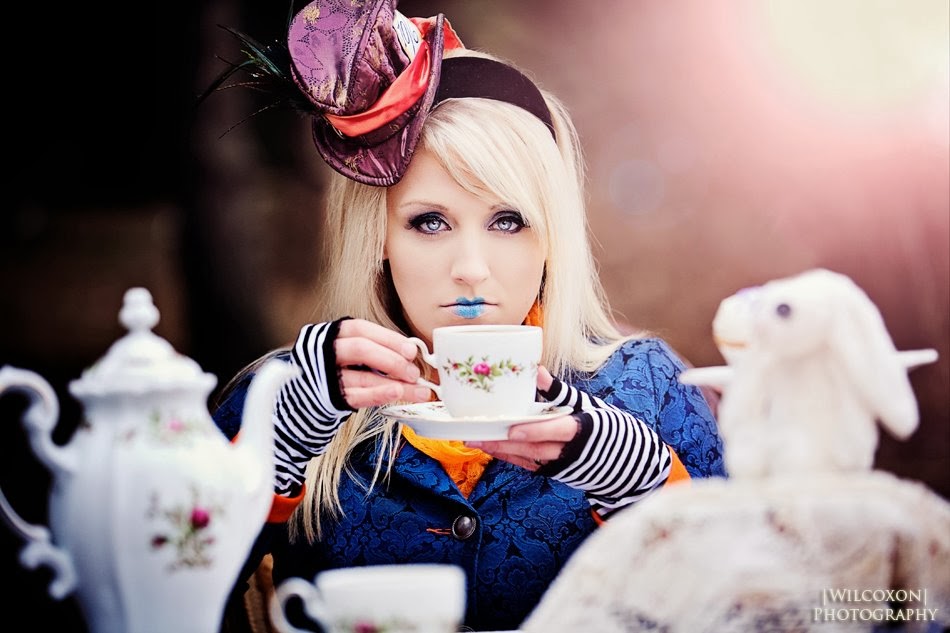 Alice is on a mission; to bring Ryley back to Wonderland. She is doing it for the Queen of Hearts, but really doesn’t have a choice.
Alice’s plan was to make Ryley fall in love with her and lure him back to Wonderland that way. But what happens when Ryley isn’t the only one falling? Will the impossible be possible in Wonderland?
Everything started with a prophecy;
If the king loses his head, than the Queen with a Bleeding Heart would rule the Red Court until Time ceased to move forward. When a second carried on for infinity, every creature in Wonderland would tip their Hat to the misfit girl with a Boy’s name (or was it a boy with a Girl’s name?) who’d end the Reign of Terror. However, it all hinged on the One-Eyed Hare being able to convince an uninspirable Heir that the impossible was indeed possible—like stopping time—and that Love was worth a Beheading.
Heads would Roll…
Hearts would Break…
In the end, would it matter who reigned? "
I loved every page of the Mad Hatter, every twist, every turn. Sarah changed the story, but some of the old things are still there, the Queen of Hearts is still beheading people, the Cheshire Cat is still insane (maybe just a wee bit more cruel now), and the Mad Hatter is still bonkers (but then, the best people always are, right?). 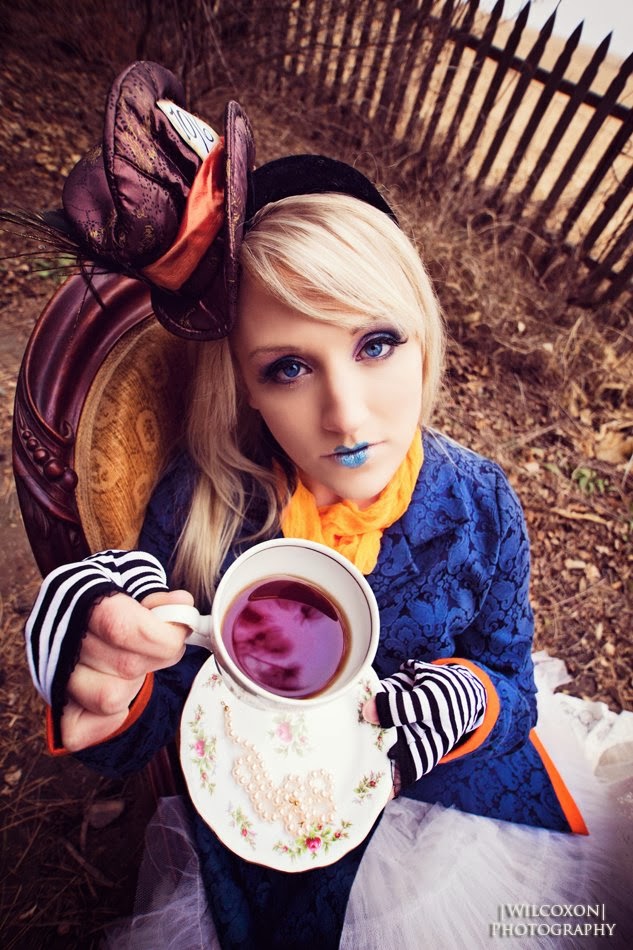 But there’s MORE. The romance between Alice and Ryley is sweet, confusing and maddening, Alice’s aunts are quite a piece of work, Mr. Ruth and all the other Rumperbabbits are a wonderful touch, and I truly adore the Seamstress.
The Death of the Mad Hatter reminded me of why I love these old stories, why I keep reading new books. Because even though we sometimes cross paths with a lot of junk, there’s always the risk of stumbling over a beautiful gem, like Sarah J. Pepper’s Death of the Mad Hatter.
Now, if you’ll all excuse me….I have to go and find a Rumperbabbit hole.
Oh, and make sure to stop by this amazing tea party tonight. Lots of goodies and prizes!! Just be careful when sneaking in – don’t want to be caught by the Queen of Hearts. ;-) 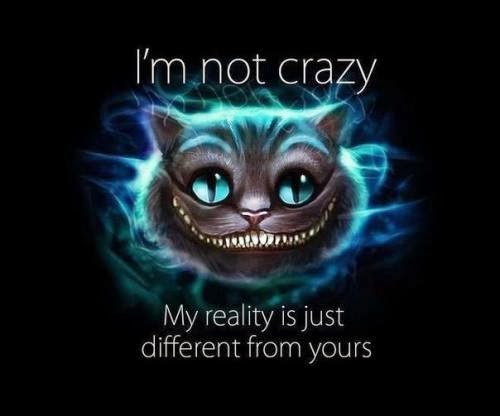 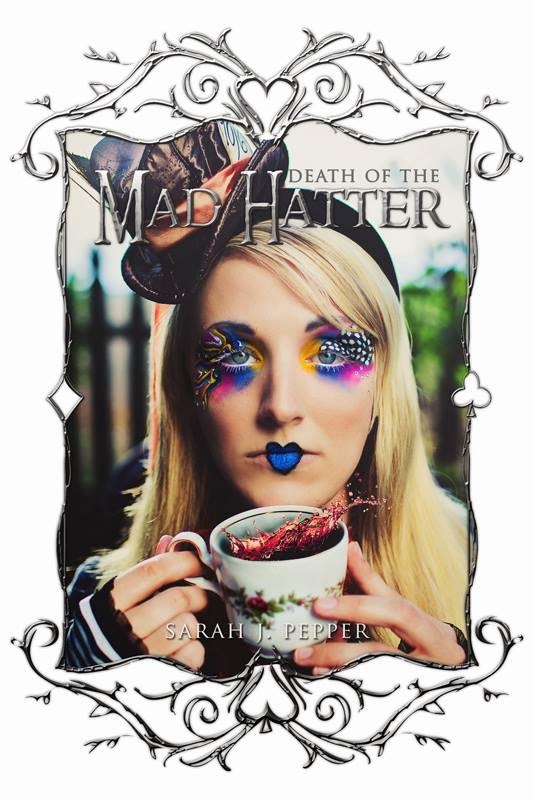 The Jack prophesied: If the king loses his head, then the Queen with a Bleeding Heart would rule the Red Court until Time ceased to move forward. When a second carried on for infinity, every creature in Wonderland would tip their Hat to the misfit girl with a Boy’s name (or was it a boy with a Girl’s name?) who’d end the Reign of Terror. However, it all hinged on the One-Eyed Hare being able to convince an uninspirable Heir that the impossible was indeed possible—like stopping time—and that Love was worth a Beheading.

In the end, would it matter who Reigned? 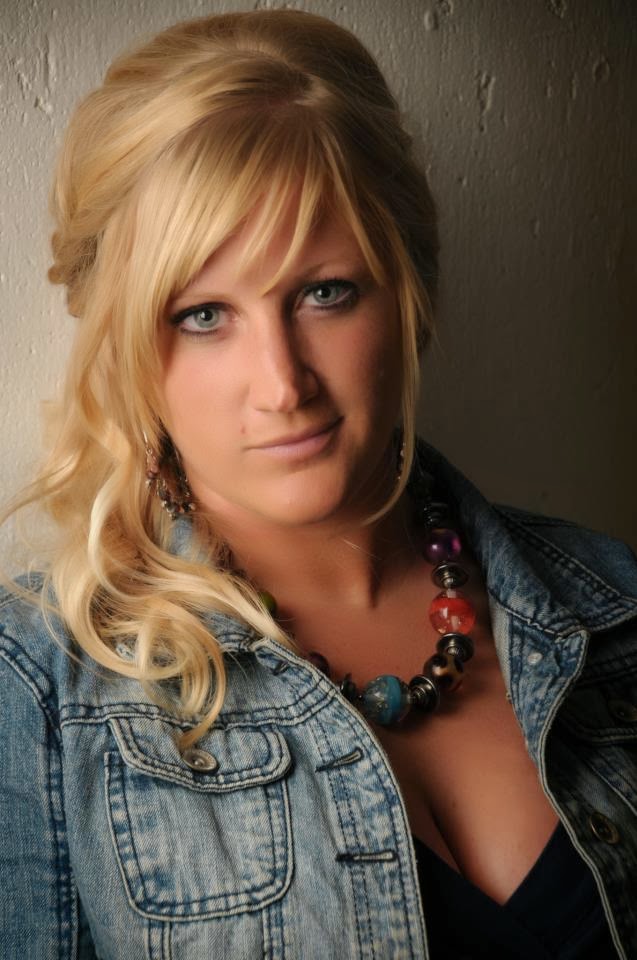 I specialize in dark, paranormal romance – think “happy ever after” but with a twisted, dark chocolate center. Real-life romance isn't only filled with hugs, kisses, unicorns, and rainbows. True-love can be more thoroughly described in times of darkness and tribulation. It’s in those harsh moments where you see what a person is truly capable of – both the good and bad. Sometimes prince-charming isn't always on time, and the glass slipper is a little snug. However, it doesn't mean Charming is not Mr. Right, and who says every shoe is the perfect fit?