Cover Reveal: Saved by the Spell

Hello Lovelies!
Thank you for stopping by today. I have a cover reveal for you this morning, Hosted by the amazing Lady Amber Tours: Saved by the Spell by Casey Keen, her second book in the Anna Wolfe series. Let's talk about the book first, shall we?
Blurb:
Two worlds in danger.
A Grand Witch behind bars.
A stunning Werewolf and a devilishly handsome Warlock’s pursuit for her affections.
You think you have it bad? Grand Witch Anna Wolfe awakens to find herself imprisoned by Micah, the Prince of Darkness. Micah’s on a quest for world domination—and it’s not just the Netherworld that’s in danger. The human world is threatened as well. Now, it’s up to Anna to escape from Micah's clutches so she can locate The Scholars and an ancient book before both falls into the wrong hands.
With a fiercely loyal Werewolf and immensely powerful Warlock by her side, what can go wrong?
A lot apparently.
If fighting off the Prince of Darkness wasn’t enough, Anna’s emotions are a whirlwind, as she battles between what fate demands and what she actually wants.
About Casey Keen: 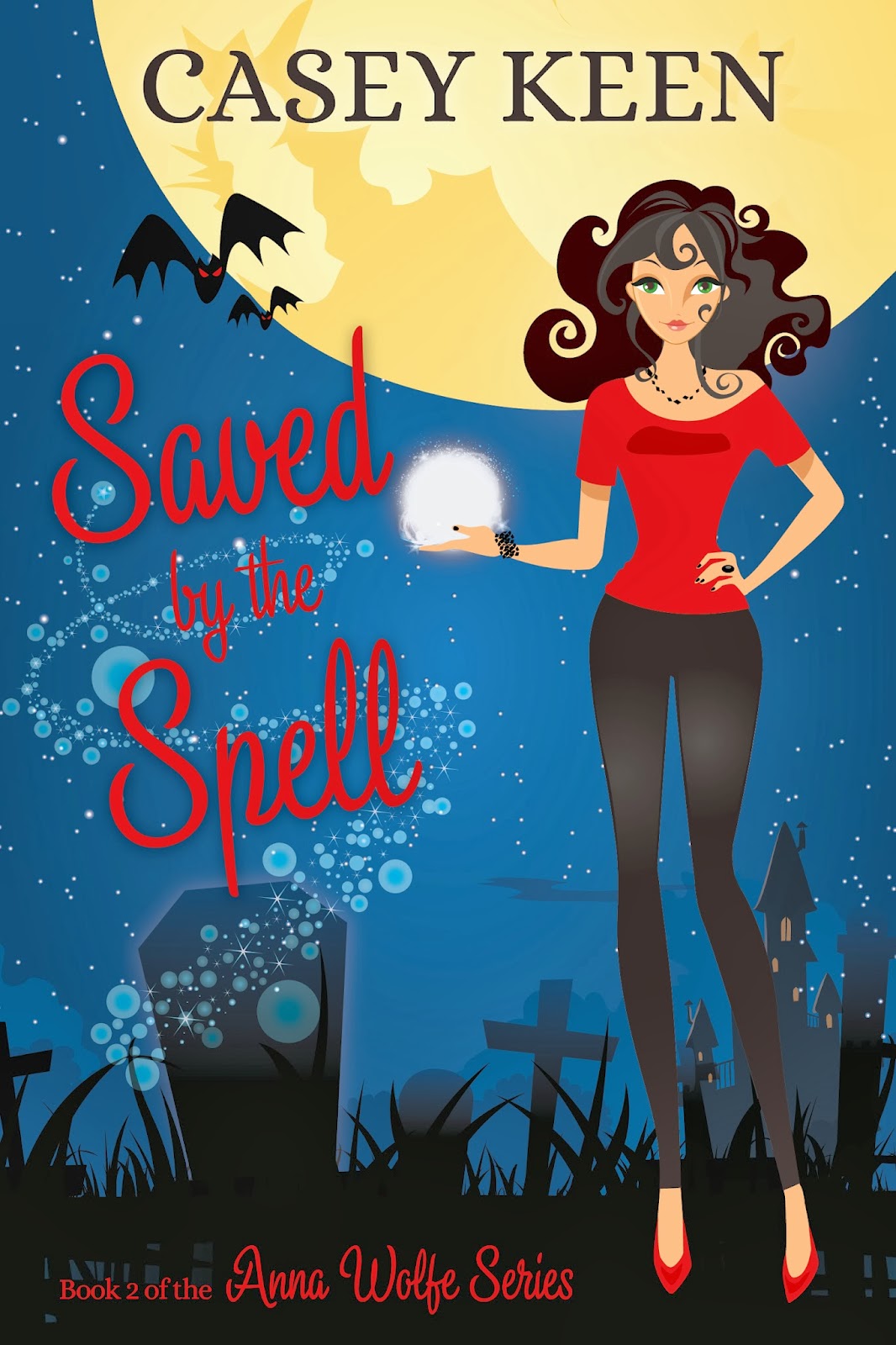