For years Leena has secretly been wishing that her boss would see her as more than an assistant.

When Nick’s current girlfriend dumps him right before Christmas, he sees no other option than to ask Leena if she wants to come with him to his family’s estate to celebrate the holiday with them.

But Nick has an ulterior motive; to seduce his sexy assistant that he’s been secretly lusting after for years.

Will Leena’s secret wish come true or will she burn her fingers on her office crush?


There’s something magical about Christmas for me, and I love the stories too. Truth be told, The Assistant’s Christmas Wish had everything I wanted and needed from a holiday tale; love, hope, the magic feeling of Christmas, heartache, confusion and an ending I absolutely love.

Lexi has written a story that made me devour it, made my heart jump, made tears from laughter and sorrow running down my cheeks. She made me smile and lifted my heart, even better…. Lexi wrote a story that once I closed it, I felt content. Everything in this story played well together, I loved the surprises and twists she had put in and I felt it was a perfect ending (although to be fair, I would like to read more about the family). I can’t describe it.

There are TONS I could tell you about this book, but in the end, this comes down to how I felt when closing the book. Which was amazing and with a goofy smile on my lips.

The Assistant’s Christmas Wish is a perfect Christmas story and makes me want to re-read it (which we rarely have time for as bloggers) and to check out Lexi’s other releases. 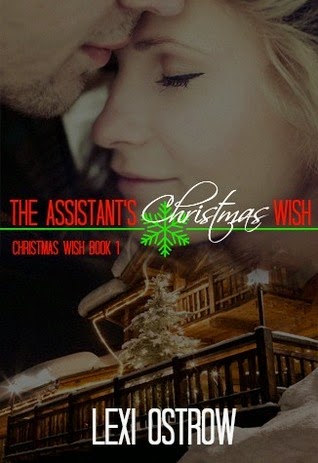 Leena has been in love with her boss, Nick DeMarco, for almost eight years. But he's never given her any indication that she was special to him. Their relationship was close, but rarely outside of a business function. So when he invites her to be his fake girlfriend at his family's Christmas week she is thrilled and ready to show Nick just what he's missing out on, her only wish for the Christmas season.

Nick wouldn't admit it to anyone except his brother, but his assistant Leena is the only woman he's had feelings for in quite some time. He didn't want to seem like a powerful boss trying to seduce his employee so he had ignored his desire for her for the past five years. When the opportunity to take her to his family's chalets opens he takes it, intent on seducing her.

When things begin to heat up with Leena and Nick, both are pleasantly surprised. But a winter storm traps them in the chalet just as Nick's older brother Jake arrives. When he makes no attempt to hide his attraction to Leena the whole vacation becomes heated. What will happen when the storm lifts, will the assistant have gotten a her Christmas wish?

You can buy The Assistant's Christmas Wish HERE 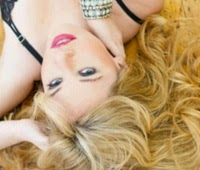 Lexi Ostrow has been in love with the written word since second grade when her librarian started a writing club. Born in sunny southern California she's spent time in various places across the country and can't wait to settle down somewhere in the French Quarter when she's able too.

Lexi has been a writer ever since the second grade in some form or another. Getting her degree in creative writing and her master's in journalism she couldn't wait to get a chance to put her fantasies down on paper. Her debut novel, Torn Between Two Worlds is something that was simmering in her mind since middle school and she's so grateful to put it out into the literary world. From paranormal romance to thriller there isn't a genre she doesn't love to spend her time reading or writing.

Reading and writing are her first loves but her passion for shopping, love for yummy food and her love for all her many pets. She hopes to one day help other readers fall in love with writing as she did.