S.K. Whiteside gets the new year started off right with the release of her second World of the Guardians book titled Blood Born. I have the pleasure of presenting to you its final cover and it is simply jaw dropping! Designed by none other than the FABULOUS Regina Wamba for Mae I Design and Photography, the cover features the GORGEOUS Taty Ana as the model.

The second installment picks up a few months later from Inheritance and a few hours’ drive down the interstate in Atlanta, GA. The book introduces Ryver Clayton, who was mentioned in the cliffhanger for Inheritance (NO SPOILERS HERE!). The book takes a much darker turn for the series but keeps the sarcastic banter that IS S.K. Whiteside. The book is being released early 2015 and the blurb is as follows:

Long live the days of medieval past; where kings and queens reign, Wizards are valued counsel, and witches are among the most feared.
However, this isn’t medieval Europe. This is Atlanta, Ga…

And Ryver Clayton is about to find out what happens when the most powerful wizard in history comes knocking at your door. Born of legend with gifts she doesn’t understand; Ryver is thrust into the middle of a centuries old battle that could tip the scale of an epic Immortal war.

When legend clashes with legend, only the most powerful of blood can be born. 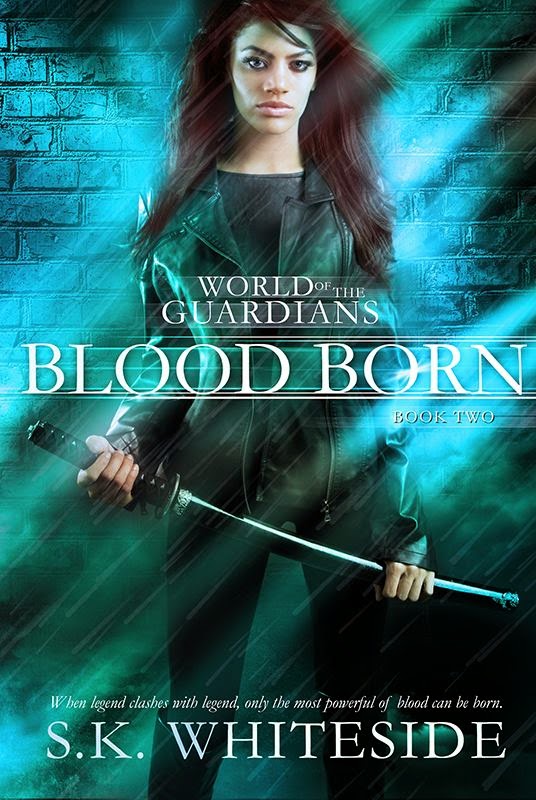