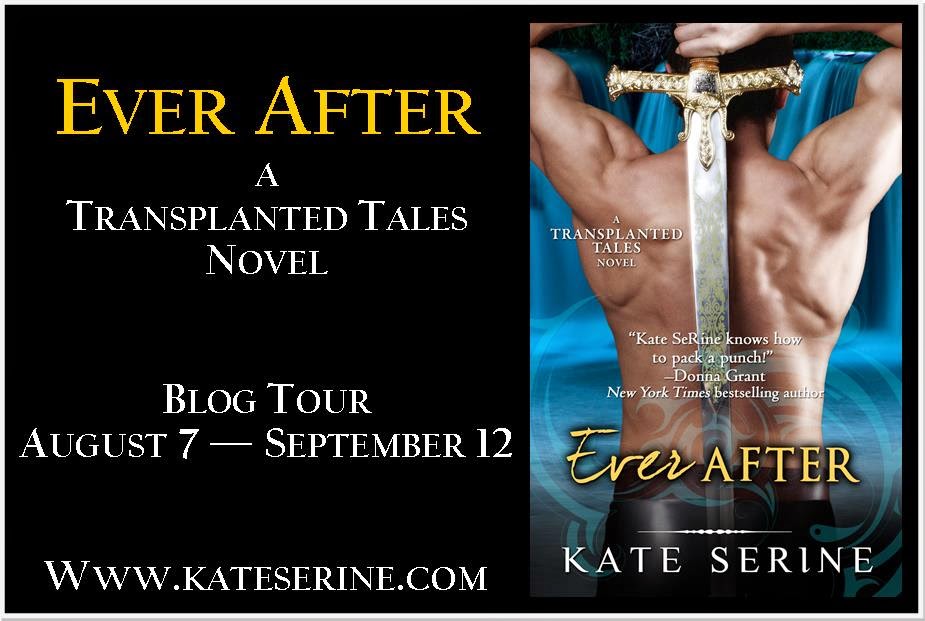 Hi guys and welcome to my little corner of the blogging world! I am proud to be a part of Kate SeRine's blog tour, and I hope you will enjoy my little review of Ever After.
New to the Transplanted Tales series? Don't worry, I've got you covered!
You can read my review of Red (#1), Grimm Consequences (#0,5), The Better to See You (#2) and Along Came a Spider (#3), just click on the tittles and you'll get there. :-)
Now to the best part; the review for Ever After!! *woho* Make sure to scroll all to the way to the end, there's a giveaway in the bottom. Be sure to swing by Kate's pages and give her some love, because DAMN, I absolutely LOVE her series!!
Ok, I'm shutting up now! *grins* Enjoy!!!

I have been on a speed read through the last three books of Kate’s Transplanted Tales, this being the last one – for now ;-)

Ever After is Gideon’s story. The stoic bodyguard to the Seelie King captured my interest when he first appeared and continued to do so. Imagine my delight when I realized that Ever After would tell me more about him. But not just him. Kate surprised me again, giving a new spin on the Robin Hood tale, pulling in other new ancient myths and tales; Arthur (just his legend though), Lady Guinevere, even Merlin makes a glorious appearance.

I even got the pleasure of meeting old loved ones; Red, Nate, Trish, Nicky, Lavendar, Seth, even seeing the Seelie King and his many daughters was fun.

I’ve always wondered about the peculiar relationship between the Seelie King and his Queen; Mab. I’ve never truly understood why he could seem so dotting on her, affectionate of her and yet having so many affairs. Well, scratch that. I get it. I mean, have you seen how Mab behaves in this series? Cold hearted bitch doesn’t even begin to cover it! I never understood how she could act like she do toward her own children. But I’m side-tracking here.

Gideon lost his one love many, many years ago in Make Believe. At the same time he got himself attached to the Seelie King, against his will. Fast forward to today and Gideon is still serving the King and his heart still belongs to Arabella (Robin Hood) that he lost a long time ago.
The King is the official fairy dust deliver, but there has been troubles lately; transports with fairy dust have gone missing and Gideon is sent out to investigate, leading him straight to Arabella. Imagine his surprise finding her not only alive, but in Here and Now.

But Gideon’s happiness is short lived when he find out that Arabella is in more trouble than anticipated, and her time is running short. Now he has to fight to save his love again, but the villain might be closer than he thinks.

Kate didn’t disappoint with Ever After. As usual she gives a well built, action filled story sprinkled with fairy dust and magic, and I love every second of it. I am officially an addict to Kate’s Transplanted Tales Series and I can’t wait to read more. There’s so many ways this series could go next, I feel all giddy!

There’s so much to love about Ever After, but the thing that struck me the strongest was how everyone banded together and helped out when Gideon needed it. I love the magic that spread through the book, the fairy dust, the love was sweet, the heartache real and devastating, the fights made me cheer for Gideon and Arabella, but the one thing that made me feel all fuzzy was the love for your extended family. If you have read Red, The Better to See You & Along Came a Spider you know how close they all have become, and unsurprisingly, they all include Gideon in their little band, and the most amazing part? Kate made me feel like I was a part of it too.


So… What are you waiting for?! Have you started the Transplanted Tales series yet? If not, you DEFINITELY need to start with Red and work your way through them all. I know this is one series I definitely want as paperback to line my shelves. 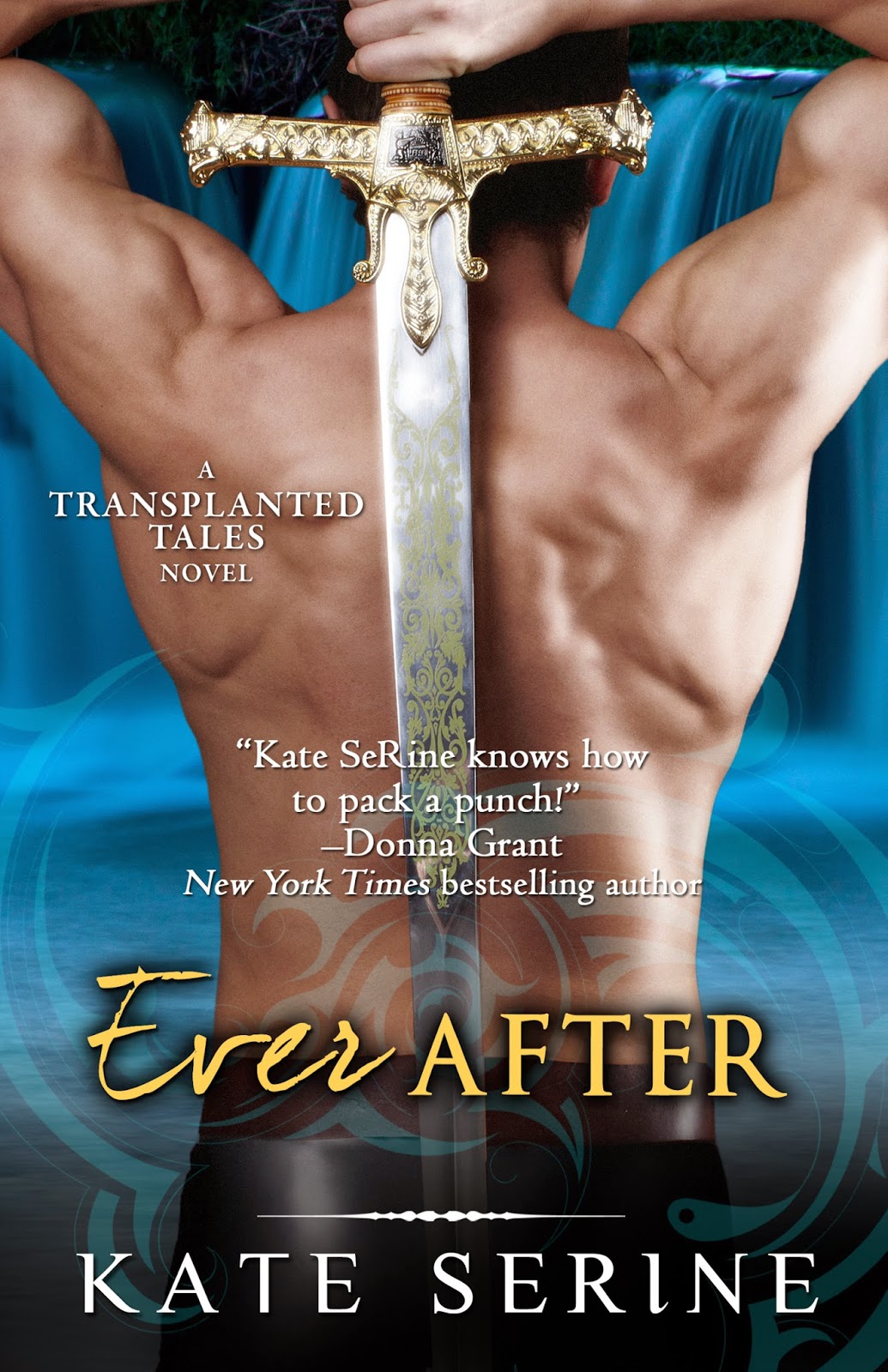 To Catch a Thief…

For centuries, Gideon Montrose has served the King of Fairies without question and, often, without mercy. So when the King orders him to apprehend a notorious thief, Gideon obeys. But when he finally gets his hands on the beautiful culprit, Gideon’s in for a shock.

Arabella Locksley is none other than the spirited, unpredictable woman he knew back in Make Believe as Robin Hood — the love of his life whose tragic death destroyed his chance at Happily Ever After.

Now, he has an impossible choice. Betray the woman he once loved, or the king he’s bound to serve?

Buy Ever After here: 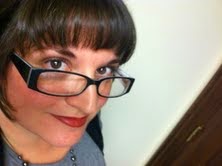 Kate SeRine (pronounced “serene”) is a hopeless romantic who firmly believes in true love that lasts forever. So it's no surprise that when she began writing her own stories, Kate vowed her characters would always have a happily ever after. She's the author of the award-winning TRANSPLANTED TALES series and will be releasing the TEMPLAR LEGACY series with Kensington and the PROTECT AND SERVE series with Sourcebooks in 2015/2016.

Kate lives in a smallish, quintessentially Midwestern town with her husband and two sons, who share her love of storytelling. She never tires of creating new worlds to share and is even now working on her next project.

Email ThisBlogThis!Share to TwitterShare to FacebookShare to Pinterest
Labels: 5 Star review, Along Came a Spider, Blog Tour, Ever After, Grimm Consequences, Kate Serine, Red, The Better to See You, Transplanted Tales