Hi guys!!! I have a special treat for you today; Áine Maisse has a new release out today, and I have an excerpt for you!!!! 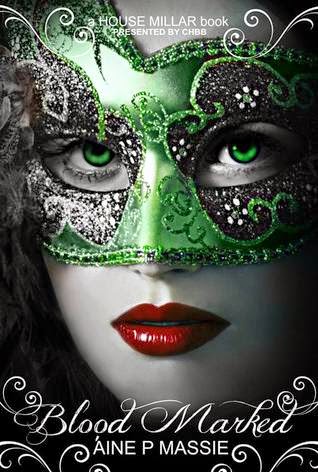 With their romance only beginning to take root, the trio, Anya, Nicholas and Declán set forth to enrich their fledgling relationship. Having survived the explosive consummation should have set forth a downtime of sorts, instead, near death tragedies strike all around.

That should have been the worst of it, but toss the green-eyed monster of jealousy and all bets are off that anyone will survive the fire consuming them all.
Can Anya protect her lovers, find peace within herself, and lead the House Millar from tragedy to peace? Or will those waiting in the wings to strike them down win?
Come take a walk with our loving family and witness the strange turns and twists as life, love, and passions collide with greed, politics, and evil.
You can buy Blood Marked HERE

Simon nodded weakly, a single blood tear escaping his eye. “I didn’t know, never dreamt such wickedness would be brought against you.”
“You shouldn’t have done that, but I understand why you did. But no one, no one needed to suffer this with me.”
The pain flashed through his eyes again as gasps spread around the room. It was almost comical how similar this was to when I barred those at the display from scanning us. Louie started to tremble as he held me. Nicholas looked like he might collapse. Only poor, blessed Declán didn’t know any of what Simon had witnessed. Sometimes being without certain abilities was a good thing.
Declán seemed to be losing patience though. He only knew that, from his point of view, Simon had attacked me, but that now everyone was upset and looking at him and me with pity and pain. “What am I not getting here? He bit you, without permission! But now you’re worried about him; Louie and Nicholas look on the verge of puking or taking you and running. Argh!” Poor thing, but right then I couldn’t explain any of it to him. Not without losing what progress Simon had inadvertently granted me.
Peony was the one to take pity on Declán. “Dec, please calm down. Simon did do what you said, but what you don’t understand is he was trying to help her. He merged with her mind and saw firsthand the torture that was paralysing her mind. His ability in this area is more developed than any of ours. He can forcefully pull the desired event and feelings without her intent or effort. But look, she’s still letting Louie hold her. When she first returned, she wouldn’t let anyone touch her.”
“His mind’s in more danger right now than mine, honestly,” I interrupted. “He lived as a traditional vampire from the moment of his transformation until he joined us but he was never cruel; never took pleasure in torture and pain with his meals.” I stumbled over the last word, but was determined not to let my feelings on such taint my explanation. As I continued to speak I pulled Simon to me. I knew exactly what he’d just gone through, though I didn’t know how deep the connection was–did he watch or did he feel too? “What he just witnessed and to an extent felt was...” I couldn’t find the words to explain such sick, vile, wickedness.


Simon collapsed in my lap, his head on my knee. He managed to articulate one thought before losing himself to the sobs breaking through his control. “The mutilation of your soul.” 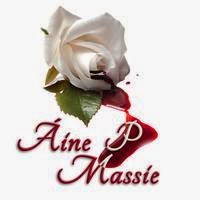 Áine P Massie is originally from Florida, she now lives in Wisconsin where she works on her House Millar series full time while raising four children (the term herding cats comes to mind). Her major in College was Childhood Education (specializing in ages zero to five) with a minor study in Deaf Culture/ASL. She is also a Wiccan priestess dedicated to the gods, family, and love.

Áine is a proud member of the Rom-Critters, the Romance Writers of America®, Celtic Hearts Romance Writers, and Rainbow Romance Writers. Áine has always had a particular fascination with vampires, mythology, and the unusual. When she can escape from her children and books, she enjoys . . . oh yes, reading, playing, ritual, a good cappuccino, and working with her healing stones.

Her first published work came in high school where she was part of a writing and drama group. However, she’s been reading the likes of Shakespeare and Poe since late elementary school and enjoys most forms of fiction.