The Execution Underground Series by Kait Ballenger started with Shadow Hunter in the anthology After Dark with Gena Showalter. The series continued with Twilight Hunter, and now Immortal Hunter is being released TODAY. (FB Release Party Today)


Immortal Hunter focuses on David Aronowitz and Allsún O´Hare. Once upon a couple and hunting demons together. That was… Until David chose to join The Execution Underground without talking to Allsún about it first.


This wasn’t the only reason that Allsún and David went separate ways, but that my friends, is another story.


After the events in Twilight Hunter where Allsún was tortured, she’s been in the hospital, her body and mind trying to mend itself. Seeing David again was a shock to her, reminding her of all the good and bad things they had together and what truly tore them apart. But not even David knows it, and the question is will they be able to forgive each other, and more importantly, themselves before it’s too late?


I was VERY fortunate to be able to help Kait out, reading this as a beta. I received it Friday night, close to midnight, stayed up to 2 AM, went to work the next day, came home, and picked right up. I was done same day. I loved it from beginning to end. Every page was packed with secrets, misunderstandings, little clues, heartache, love, desperation, evilness, and hope. It was filled with Kait and her beautiful writing. She can take simple things and transform them into something entirely else, creating a world you want to sink into and never truly leave.


One thing is the relationship between David and Allsún, how they’re drawn to each other, trying to protect themselves and each other, hoping against hope, knowing it will most likely end in disaster.


There are so many good thing I want to tell you about in this book; their relationship, Damon’s reactions, David’s iron-will, Allisún’s secrets, the demon and the evil plan that it has created, every heart break, the part right after David finally understands what happened, the hurt I felt when I got to know Allsún’s secret…. And DON'T get me started on the ending!!! I swear, my heart was in my throat!


Everything, every little piece clicks into place and delivers the Immortal Hunter, the next installment in Kait Ballenger’s Execution Underground Series. It is right up in the same alley as Shadow Hunter and Twilight Hunter, even surpasses them in my opinion.


So what I truly am trying to say; Immortal Hunter delivered everything that kait is known for, and more. She wrecked havoc on my heart, mind and soul, and I will definitely be coming back for more. This is one of those moments where you realize as a reader and blogger how amazing and awesome it is to follow a rising star from the very beginning. *raises teacup* Thank you Kait, for another wonderful book, may there come many more in the future. Never stop what you’re doing. You rock at it!!! 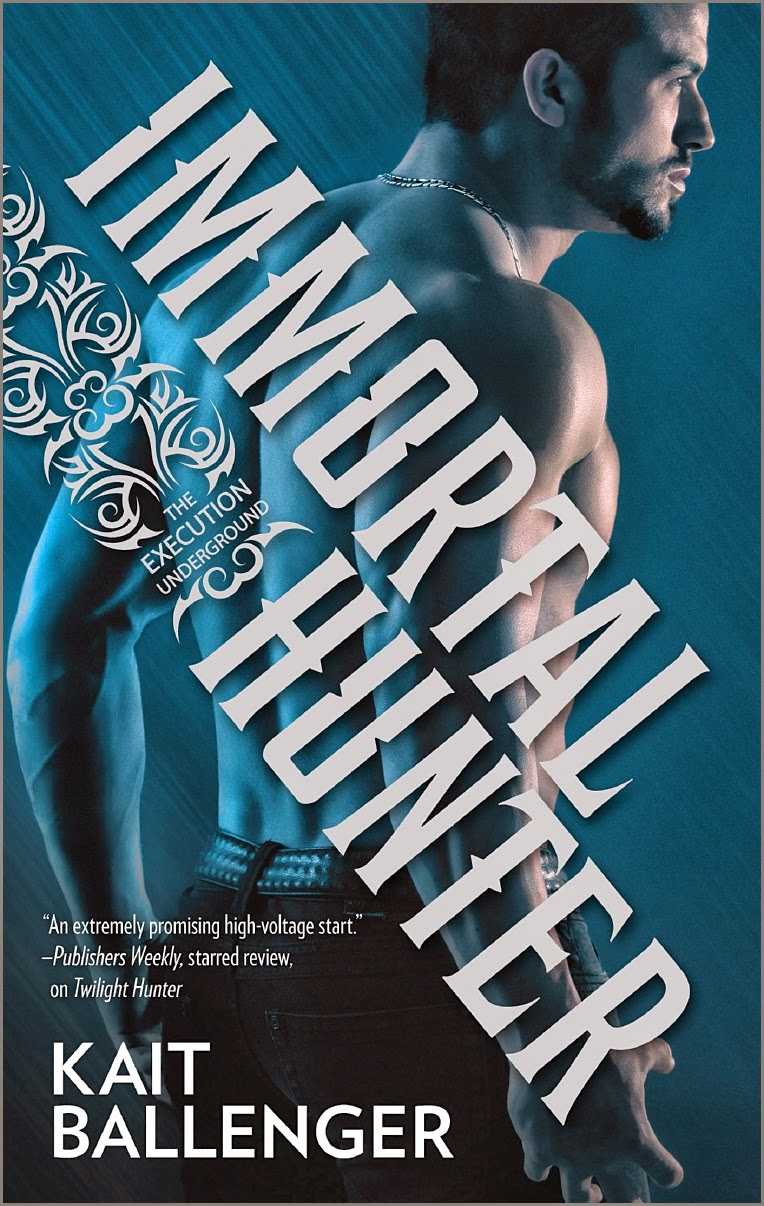 Hunters of the supernatural, the Execution Underground are an elite group tasked with protecting humanity...but at what price?

As an exorcist, David Aronowitz grew up the target of demonic assassins. Now he’s a member of the Execution Underground and hellspawn everywhere fear his name. But when a demon slips into the seductive body of the only woman he’s ever loved, David must confront the heartbreak of their past to save her. The piece of her heart Allsún O’Hare gave to David so long ago left her trapped between two worlds: the Fae and the human. And when David comes to her rescue, fate reunites her with her
greatest temptation—and her biggest mistake.

Now, as they’re swept together into a wicked game with the demon who controls her, David must decide if saving Allsún’s life is worth sacrificing his own—and the future of humanity itself. 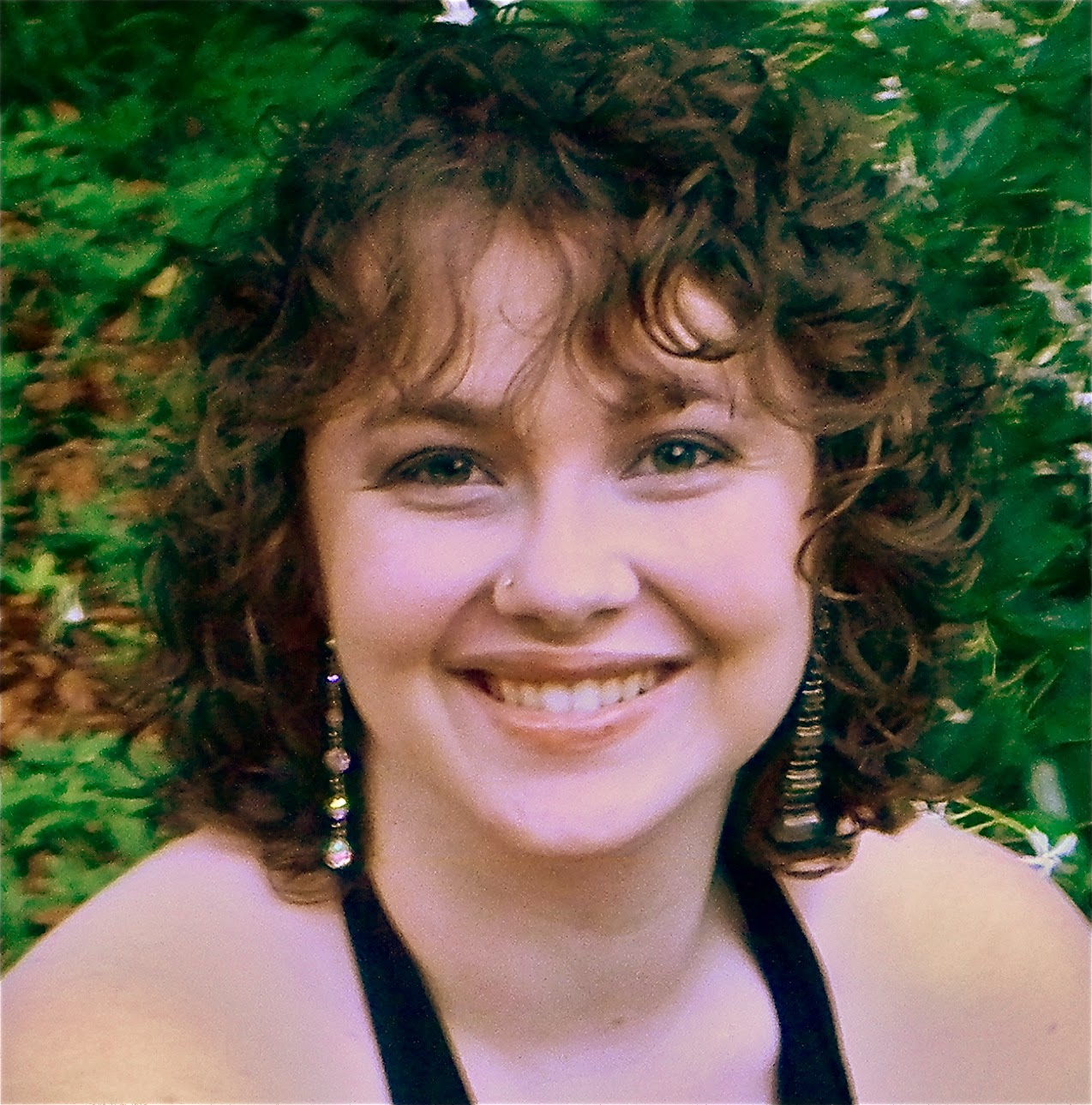 Kait Ballenger is a full-time paranormal romance author, wife, professional bellydancer, and graduate student. She lives in Central Florida with her husband, their doggie-daughter Sookie (like Charlainne Harris' character), and two kittens, Elliot and Olivia (like the SVU characters). Kait believes anything is possible, and one day, she hopes people name their pets after her characters, too.