Today it is the big day for Mariana, and I am happy to say that I got an early ARC. Seriously? In case you don't get to the bottom of my review... I freaking love it. Period.

Sooo.... Below is my thoughts on Blood of Shadow and a little about the amazing woman behind the book; Mariana Thorn. Also make sure to drop by her Facebook Release Part event, I can guarantee that there will be loads of awesome prices and fun games!!! Drop by HERE.
Ok, I'm shutting up now. Almost.

Have a wonderful weekend everyone!!!

Blood of Shadows takes us to a new world. A world that consists of the three kingdoms; Malna, Zockii and Tirllyn. Layna (or Malayna) is the princess of Zockii, but not the ruler of the kingdom. Her brother Ariston has that privilege. Instead Layna chose a different way to serve her people – by becoming a Black Shadow, an elite of warriors. Black Shadows are doing the necessary – what ever that might be.

Ulric took control over Malna a long time ago, and becoming more and more ruthless as time went, bringing the three kingdoms closer and closer to a war.

Adding to the troubles, the borders are being attacked, eradicating whole villages. Even worse? It seems like there’s a traitor among the Black Shadows. And just to make sure she stays on her toes….. Layna needs to find the traitor before Torrin’s wedding. Preferably alive.  Before anyone else gets hurt. No pressure.

Layna is a kickass princess, who takes order from no one and can cleave a man in two if needed. She’s also stubborn, determined, passionate, loves her people, Frankly, I absolutely ADORE her. She’s a superhero of her time.

Zen is a friend of Layna, and a Black Shadow as well. He’s the type that never, EVER will let you forget a mistake you made, like twenty years ago, but in the end, he’ll be there when you need him.
Asling is Torrin’s twin sister, and therefor a princess as well – only a princess of Tirllyn. Like Layna, she chose to serve her people as a Shadow too. We don’t get to see much of Asling in this book, but the little I saw… I liked.

Fynn isn’t royal, but has been a part of the gang just as long. Fynn was always picked on as a child because he was different. Layna and Zen quickly took him under their wings and they became good friends. Fynn is a healer, and a damn good one. He’s more quiet – at least until you get to know him. Then all bets are off. *grins*

Kester is also a Black Shadow, but not someone Layna have known before. Fynn and Kester is good friends though, and have known each other for years. Since Layna needs to find the traitor among the Black Shadows, her brother and Torrin decides to put Kester and Layna together, especially since she had a small accident on her last mission.

Torrin, Ariston, Zen, Asling, Fynn and Layna have been friends since children, and the love, respect, the warmth of their friendship bleeds into the story and it is a delight to read.

The action, the plot, the twists, the secrets, the magic…. Everything brings Blood of Shadows together and gives me a world that I not only could disappear into, but WANTED to fall into. Mariana kept me captivated from the beginning to the end (and don’t get me started on the ending. Just don’t. I’m still debating on if I love her or hate her *grins*). Two chapters in and I had to remind myself to not tear through the book, since I do have a full time job. I need the sleep. ;-) That said…. I read the last chapter and the epilogue in my car in front of my workplace, finishing and running into work with two minutes to spare. I made it, barely. I just HAD to know what happened, and couldn’t bear the thought of waiting another 7 hours before reading the last in the book.

There are sooo many wonderful moments in this book; some made me smile, others made me laugh out loud, some made me cry. I have always loved Mariana’s writing; her Fur, Fangs & Fairies series and her Skylar Wolfe series are two amazing examples of what she is capable of doing. This? Shows it even more. I can’t wait for the sequel. I NEED to know what’s happening next!!!! 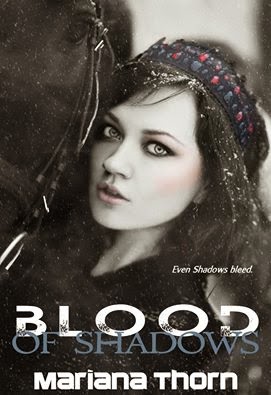 Attacks along the borders are growing more frequent. Innocent people are dying. Princess Malayna and the rest of the elite fighters known as the Shadows are tasked with investigating and relocating the people, and rumors of a traitor among the Shadows has Layna stretched to her limits.

When she is paired with Kester, a partner she never wanted, she finds herself learning to trust and survive in more ways than she even knew existed.

With lives at stake, Malayna must find a way to catch the traitor, protect her people and guard her heart, because someone she loves may not live to see tomorrow… 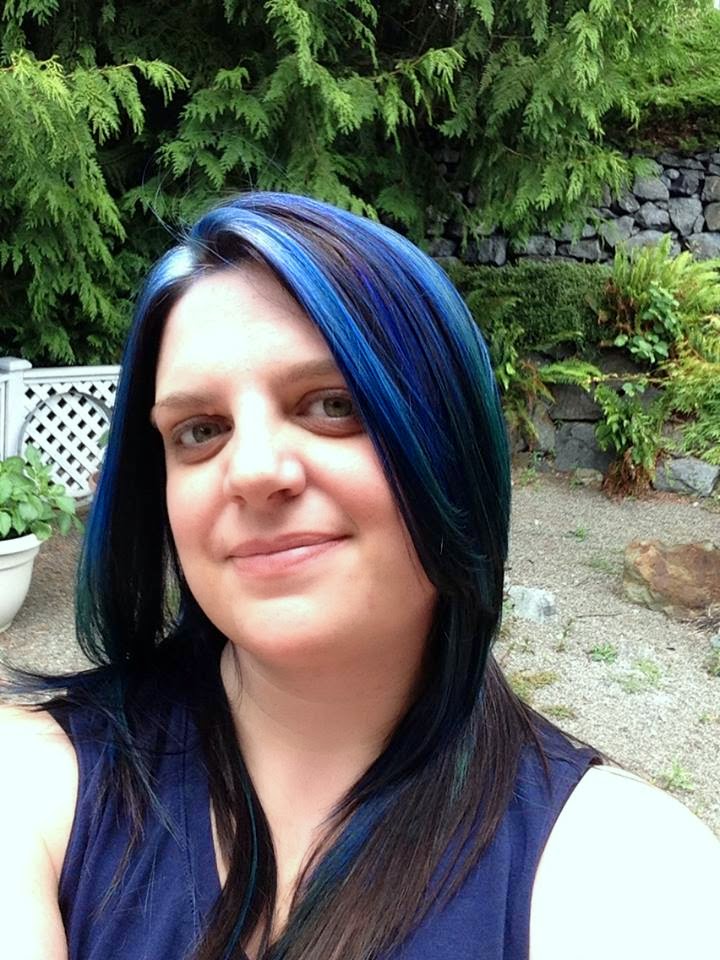 If you look in the local coffee shop or bookstore you might just find Mariana Thorn. She can usually be found with headphones in and deep into the worlds she has created. There is this thing about her pens if you touch them you might receive a smack to the hand and the well-known glare of destruction. Besides writing, Mariana enjoys reading, photography, and playing with her dog. She lives in Western Washington, but loves to travel to Florida to sit on the beach to write.

She is the author of Fantasy and Mystery stories. She currently has two titles in her Fur, Fangs, and Fairies series. There are three short stories available in her Skylar Wolfe Mysteries. There are many more books and series to come.

You can find Mariana online here: