CONTEST CLOSED!!
Happy December!!!
Oh yes, it's already December 1. Time truly flies by when you're having fun. I started this blog August, and have been busy non stop since; Author Take Overs, reviews, spotlights, tours and loads of fun. To celebrate both the make over of my blog (thank you to Ren from R&R design for making this looking so gorgeous!) and December, I have been harassing some of my favorite author (and friends), and put together a giveaway.

Eris Payton believes she's going insane when she meets Nelson -- a lucent -- a being that has always been invisible and silent to humans -- until Eris. Lucents have innate abilities to manipulate living energy. When his brother falls ill, Nelson brings Eris news of her estranged dad, the acclaimed geneticist Dr. Payton. What makes Eris so special? What will she find? Will she be able to cope with the largest upheaval her life has ever seen?
1 e-copy of the prequel pRevealing Hamilton by Sarah J Carr:

﻿
Amelia Hamilton is trying to bury a haunting past and lead a normal life. Surrounded by an abusive boyfriend, greedy boss and secretive friends, Amelia's head is swimming as she tries to uproot the skeletons in their closets. The end of a pleasant day at Alki Beach in Seattle turns sour, nudging her life in an unexpected direction. Quickly, she'll learn one decision can cause a domino effect and she's in deeper than she ever thought possible. After all, the end of one era marks the beginning of the next.
You can read my review here
2 winners: 1 paperback copy, winner's choice from James DiBenedetto's Dream Series.
1 e-copy, or audio, winner's choice from James DiBenedetto's Dream Series.

What if you could see everyone else’s dreams?

Sara Barnes has just discovered that she can. And this gift – or curse – will lead her on an extraordinary journey.

Follow Sara as her newfound ability leads her into adventures she never imagined. She will hunt down a serial killer, investigate a plot to murder one of her teachers, unravel a conspiracy between a mobster and a corrupt politician and face off against her nemesis: a woman who shares her talent, but uses it to destroy lives rather than save them. And Sara will have to manage all that while finishing college, becoming a doctor and falling in love, too.
2 winners: Free choice of an e-copy from one of C. Warner-Thompson's books; Purest Light, The Star, and the sequel to The Star; The Mirage. 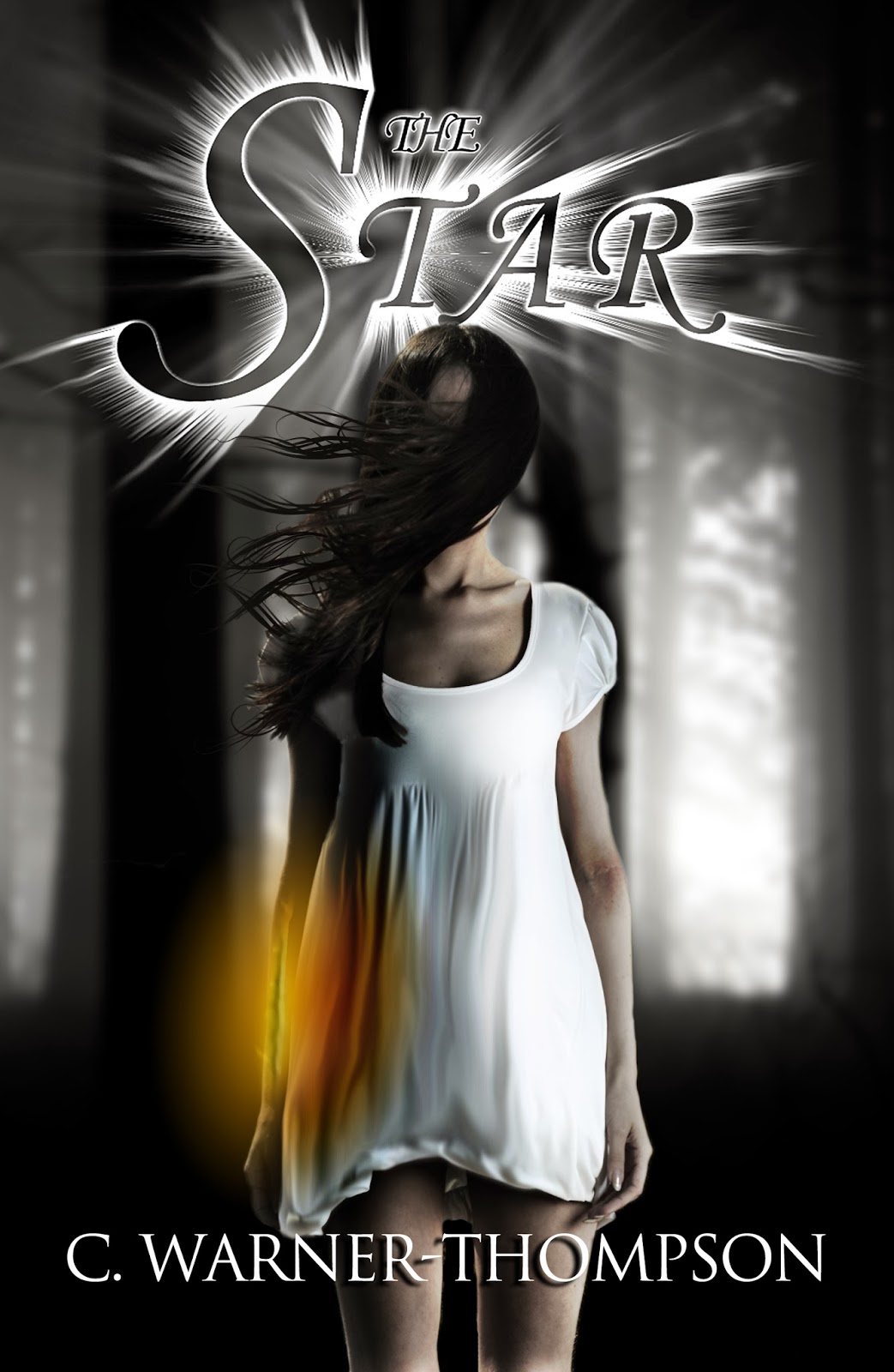 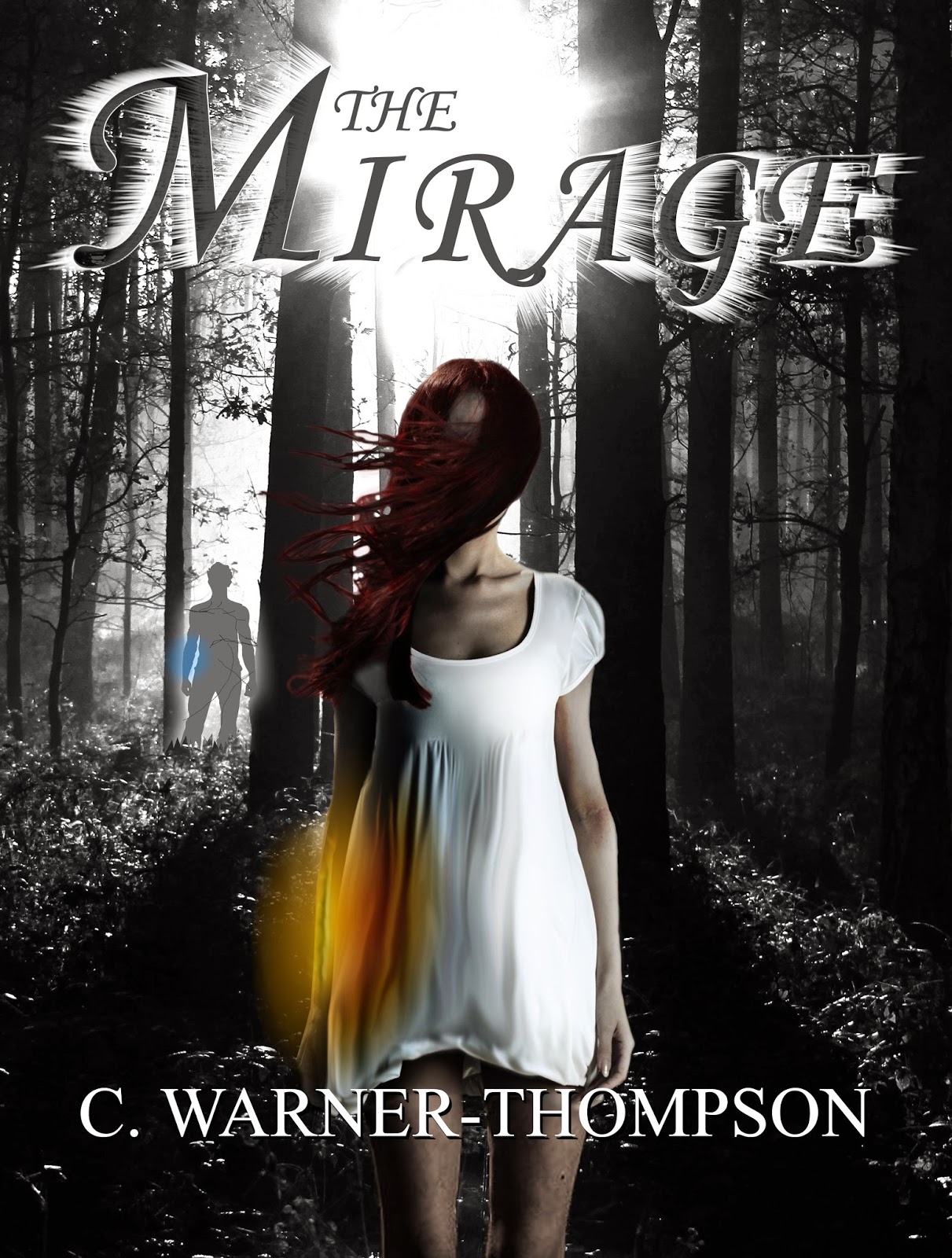 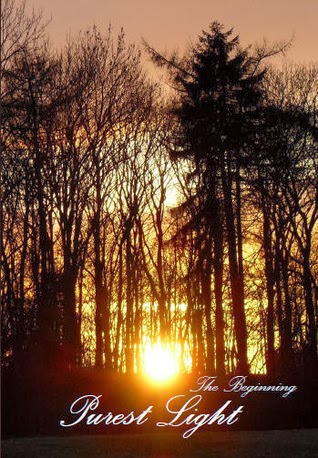 Purest Light:
A story of a brother and sister who are called upon by the people to save them from Darkness. Given the task of journeying the continent to find and gather the dispersed powers of the Goddess Eblas, they must fight their way to the edge of the earth, in a hope that she will return to offer her aid.
Read my review here

The Star:
Abbii had been afraid of the dark for four long years. She hated the eerie silence that filled the night.
She would often try to forget by closing her eyes at night, but she would always be met by dreams of Shadows that would attack her, dragging her into the Darkness. Most nights, she would simply lie there with her bedding wrapped tightly around her, hoping that she would drift off into a dreamless sleep.
Ever since that day four years ago, the dark had frightened her; she had thought it would be a curse throughout the whole of her life, but something changed when she met him.
The dark seemed to lose its power and the moon’s light brightened.
Her dreams didn’t stop; nightmares still stole her sleep, but there was always a figure of Light that would save her and allow her to wake.
He said the same thing every night in her dreams. Keep fighting, Abbii.
She thought that he was part of her imagination, someone that she had created to save herself, until she met him and was drawn into his bright hazel eyes.
His name was Nate.
Read my review here

The Mirage (sequel to The Star):
Abbii has found the answers that she seeks but not everything is clear to her. She is confused and feels more alone than ever. Everywhere she goes, Shadows are hunting her down. Her friends are constantly in danger.

Not only are the Shadows chasing her, but now also The Forgotten- those pulled into Darkness willingly- and Abbii doesn't know who to turn to. Having lost her best friend Jake, she wants nothing more than to find him, but he is not the only one she cares for.

Nate, the hazel-eyed boy, is the only thing that seems simple and clear to her, but even he has secrets. Still filled with grief, she must decide whether to stay by Nate's side or fight to find the one that she lost.
You can read my review here

1 ARC of Cursed by SJ Harper: 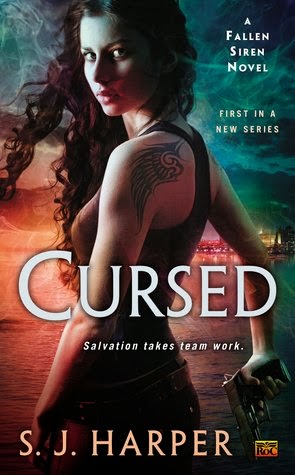 Meet FBI Agents Emma Monroe and Zack Armstrong.
She's cursed. He's damned. Together, they make one hell of a team.

Emma Monroe is a Siren, cursed by the gods and bound to earth to atone for an ancient failure. She’s had many names and many lives, but only one mission: redemption. Now that she works missing persons cases for the FBI, it could be just a rescue away. Unless her new partner leads her astray.

Special Agent Zack Armstrong just transferred into the San Diego Field Office. He’s a werewolf, doing his best to beat back the demons from his dark and dangerous past. As a former Black Ops sniper, he’s taken enough lives. Now he’s doing penance by saving them.

Emma and Zack’s very first case draws them deep into the realm of the paranormal, and forces them to use their own supernatural abilities. But that leaves each of them vulnerable, and there are lines partners should not cross. As secrets are revealed and more women go missing, one thing becomes clear: as they race to save the victims, Emma and Zack risk losing themselves.
You can read my review here

2 winners: winner can choose one of Kat Bastion's books; Forged in Dreams and Magic & Bound by Wish and Mistletoe. (e-copy) 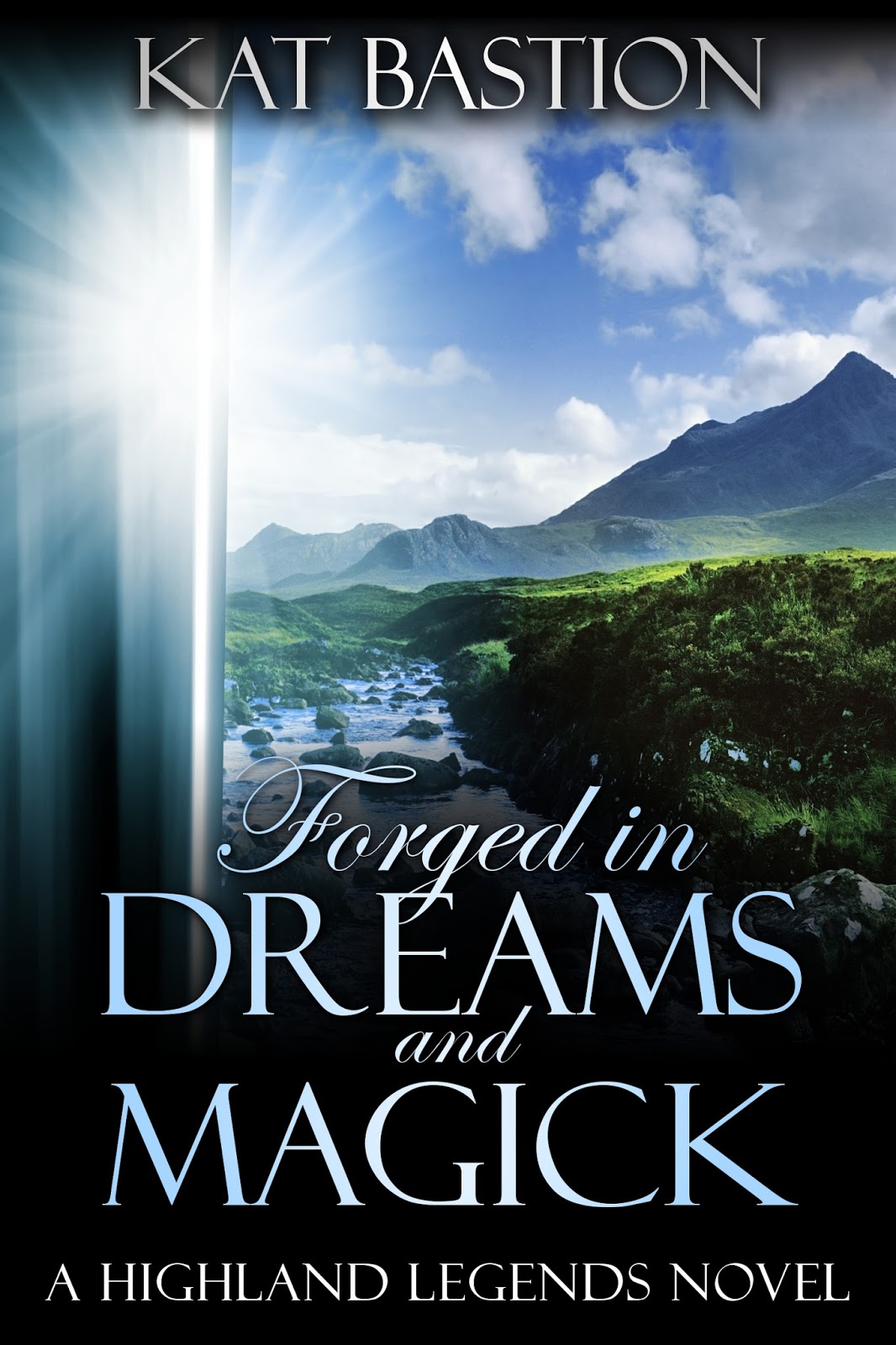 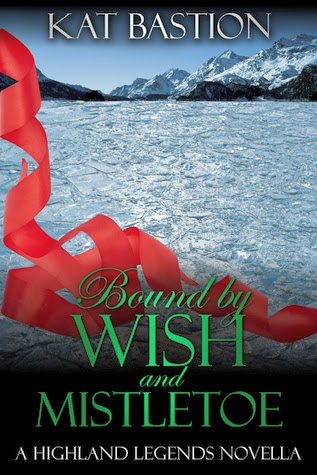 ﻿
﻿
Forged in Dreams and Magic:
Isobel MacInnes wakes up in present-day California, lunches in medieval Scotland, and by ten days’ end, falls in love with a man and his country, only to lose them in a heart-wrenching twist of fate . . .

Found in the arms of her second soul mate . . .

Forced to balance the delicate strands of time between two millennia . . .

Shocked by revelations rewriting the very foundations of history . . . of everything.

Isobel, a rising-star archaeology student, is dropped into two ancient worlds without warning . . . or her permission. Her fiery spirit resists the dependency thrust upon her. Amid frustration at her lack of control, she helplessly falls in love. Twice.

She struggles to adjust to the unimaginable demands of two leaders of men—a laird in the thirteenth-century Highlands and a Pict chieftain in a more ancient Scotland. Isobel transforms from an academic, hell-bent on obtaining archaeological recognition, to a woman striving to care for those she loves, and ultimately . . . into a fearless warrior risking everything to protect them.
Read my review here
Bound by Wish and Mistletoe:
The holiday novella, Book 1.5, following the award-winning debut of Forged in Dreams and Magick in the Highland Legends Series:

Desperate to honor a life-long promise, Susanna MacEalan escapes her abusive clan with the fierce determination of never falling under the power of a man. Ever.

When magick transforms Brodie Castle into a Christmas wonderland, the two despondent souls find solace in a most unexpected place . . . each other’s arms.

Amid a whirlwind of escalating events, Susanna’s traumatic past threatens Robert’s ability to protect the one woman meant for him. In a harrowing moment, as her fears and demons coalesce, will hope, faith, and love be enough to save them?
Read my review here
1 e-copy of  Paranormal Anthology with a TWIST, given by Penelope Anne Bartotto (author). 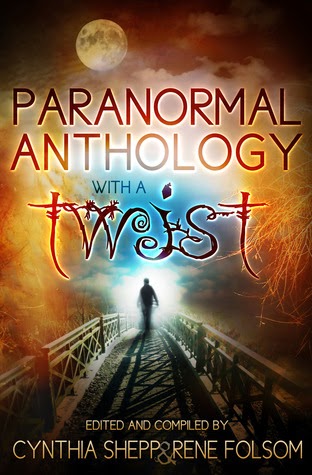 What begin as an idea soon set into motion a chain of events that would lead to heart-stopping action, amazing suspense, and stories that will stick with you way after you are done.

Unique, unexpected, beyond imagining…shocking TWISTS that will have you frantically turning back the pages to see what clues you overlooked to have missed what was coming.

Paranormal stories that span across the genre and will wow you, shock you, and leave you gasping for more.

11 different authors, one main idea, and worlds that will TWIST your imagination…
You can read my review here
2 winners for an e-copy of Sonya Loveday's book; Casted 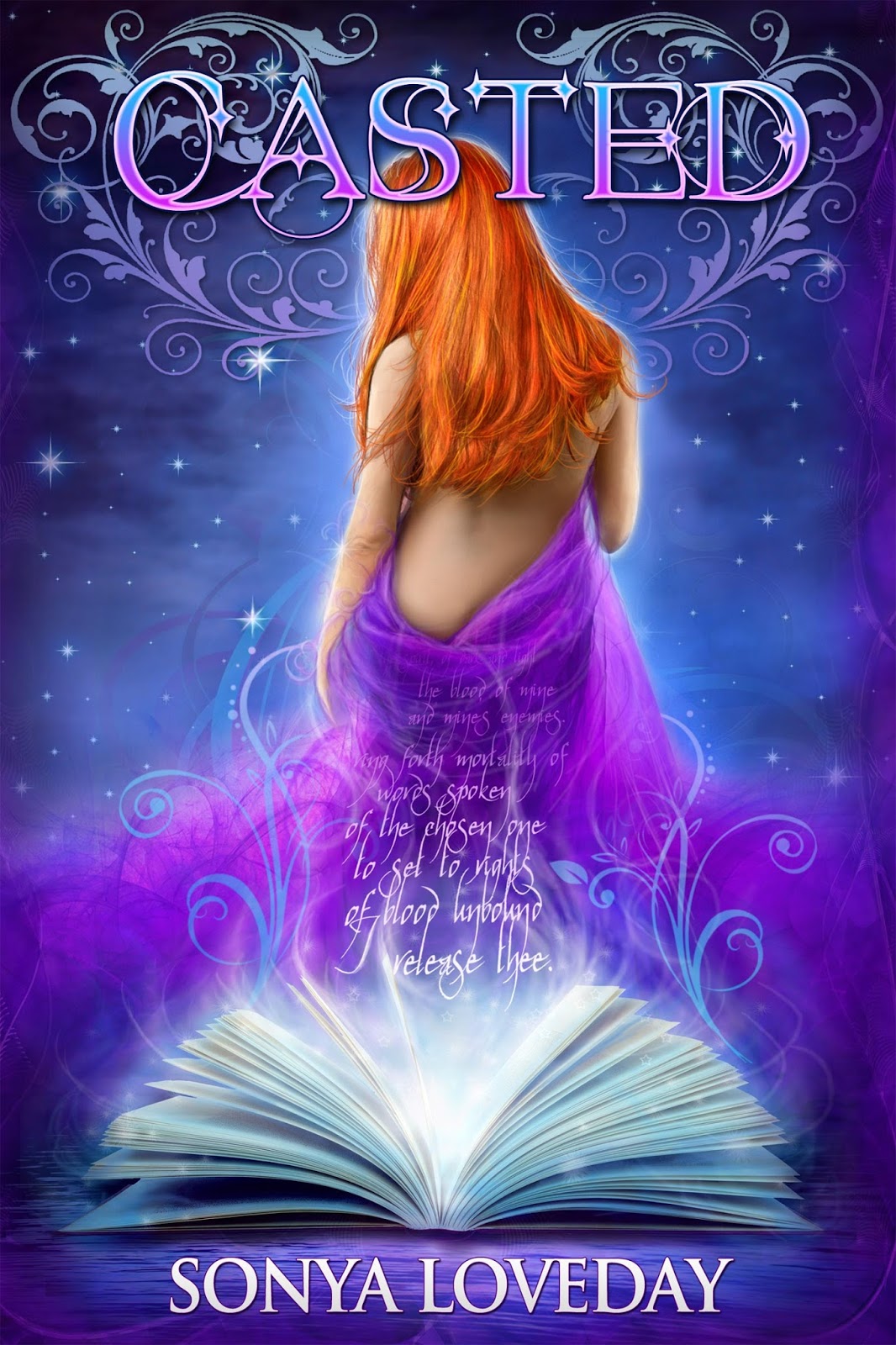 “My mind absorbed everything in the spell book I clutched tightly to me. Pages ruffled inside of my head, urging me to remember things and then to forget them. Voices chanted with tempo rising at the breaking points of pain until the book vanished and words to an ancient spell scribed across my arms. Each stroke brought blood to the surface, imprinting words I could not read; words that would forever change who I was.”

Jade had spent the majority of her life running from the Triad. A powerful group, who would stop at nothing to obtain Jade and the missing spell book for leader, Lorenzo’s, nefarious plans. And now that she has absorbed the highly coveted magic contained inside the missing book, there is nowhere left for her to hide.

With the help of her friends, Jade steps out from the shadows and learns how to fight back. But no one is prepared for Elinor-the woman bound inside of the book that’s trapped in Jade’s mind. Now she not only needs to protect herself from the Triad, but from what’s hiding inside her mind as well.

Jade never expected the answer to it all would revolve around love.

Edge is dark, mysterious, and a sworn member of the Triad. He also hides a secret past that threatens the thin line he walks between good and evil. Lives are at stake when Jade and Edge’s two worlds collide. Can Jade learn to trust him when he says he is her pre-ordained and vows to do everything he can to protect her? But more importantly, can she trust herself and the woman in her mind?
You can read me review here
There is also an amazon gift certificate on $10 from Kate SeRine (thank you girl!!) 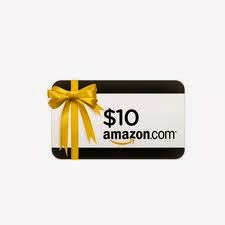 Email ThisBlogThis!Share to TwitterShare to FacebookShare to Pinterest
Labels: giveaway, Sabina's Adventures In Reading, The Library at the END of the Universe